Trading was more than sporadic in the overnight, with the US Dollar declining across the board through the Asian session as traders started to price in more quantitative easing by the Federal Reserve. However, sentiment started to crack following the Reserve Bank of Australia’s rate decision. Although only 25-basis points were cut, the bank’s statement was heavily weighted towards the risks of a quickly destabilizing global growth environment, in part onset by moderating Chinese growth and in part by the Euro-zone crisis.

This sentiment was reflected by the Bank of Canada this morning as well. The BoC held its key interest rate at 1.00 percent as expected, and Governor Mark Carney employed a hawkish tone in the central bank’s policy statement; that is to say, the policy statement suggested that rate hikes could be coming in the future. And yet, despite the BoC’s hawkish tone about the Canadian economy, it’s clear that they too are very concerned over what’s transpiring across the pond: “European crisis are materializing and risks remain skewed to the downside.” I think it is an understated point that the globe’s major central banks are becoming increasingly concerned about Europe – and have done nothing thus far to help alleviate stresses.

These comments by the RBA and then by the BoC were timed appropriately given the G-7 conference call that was held today, in which leaders discussed Europe’s economic and financial crisis, and discussed potential responses, including “"progress toward financial and fiscal union in Europe," according to a US Treasury official. Nevertheless, no measures were agreed upon besides “[agreeing] to monitor developments closely ahead of the G-20 summit in Los Cabos.” None of these meetings have produced anything meaningful, and with debt burdens piling up across the globe, I remain highly doubtful that anything substantive will be implemented, and anything that falls short of fiscal union in Europe will allow the crisis to proliferate. As stated in this column repeatedly over the past 12-months, the Euro-zone, in its current 17-memberformat, is finished.

Taking a look at credit, European peripheries are mostly mixed, with Portuguese 2-year notes leading the decline on the shorter-end of the yield curve. The Portuguese 2-year note yield climbed back to 9.654 percent, though it remains below its high yield of 12.000 percent within the last month. On the other hand, Irish 2-year notes lead, shedding 21.7-bps to a 5.964 percent yield. Italian and Spanish 2-year notes are firmer as well, with their respective yields falling to 4.012 percent and 4.636 percent. 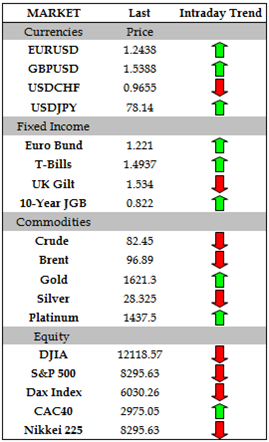 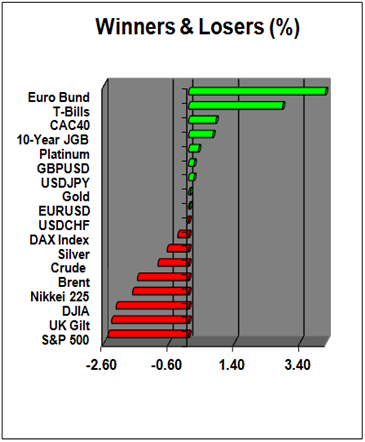 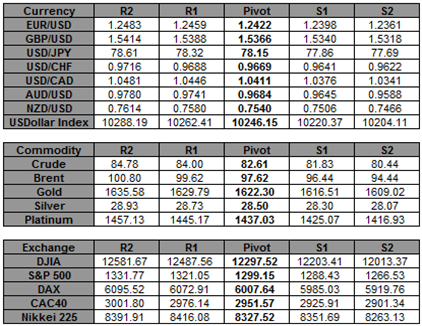