US Dollar Collapses After Dismal NFPs - QE3 Around the Corner?

The May labor market reading for the United States has prompted a new wave of speculation that the Federal Reserve will implement a third round of quantitative easing. According to a Bloomberg News survey, markets were expected a print of 150K from the hallowed Nonfarm Payrolls report, but instead only saw 69K jobs added to the US economy in May. Similarly, the Unemployment Rate ticked higher to 8.2 percent, the first time that the unemployment rate ticked higher since May-June 2011 (when it increased from 9.0 percent to 9.1 percent). To put in perspective how disappointing this print was, let’s consider the estimates: the lowest estimate came in at 75K, and with the actual print at 69K, the May figure was over 4 standard deviations lower (1 standard deviation = 20K) than the consensus forecast of 150K. No matter how it is spun, this is a major disappointment all around.

Certainly, after yesterday’s poor first quarter GDP release and today’s NFP reading, Fed policymakers will take on a more dovish tone; this in turn should weigh on the US Dollar in the days ahead, especially against the Japanese Yen. Still, we remain cautious about the Yen’s status given price action following the NFP reading, which saw the USDJPY trade into 77.66, before shooting up to 78.72 – in just under ten minutes.

This could be the Bank of Japan intervening to stabilize the currency; we suspect that the Bank of Japan and/or the Japanese Ministry of Finance to intervene in the markets in the coming weeks if downside pressure remains on the USDJPY. Nevertheless, with declining growth across the world’s three major economic regions – Asia, Europe, and North America – it is likely that we’re on the cusp of a major coordinated liquidity injection to help ease financial stresses, which should bolster appeal for higher yielding currencies and risk-correlated assets such as the Australian Dollar and equity markets.

Taking a look at credit, it’s clear that today’s data have positively influenced bond markets. Yields across Europe are mostly lower across the board (led by Italy on the longer-end, Portugal on the shorter-end). Fear is very evident, however, and one needs to look no further than today’s performance of German Bunds and US Treasury Notes to confirm this suspicion.

In regards to the German 2-year note (or the Schatz), at the time of writing, its yield was -0.005 percent – as in it costs investors to hold short-dated German government debt (this is capital destruction). This is an improvement off of the day’s lows (in terms of yield, off of the day’s high in terms of price), considering the 2-year note yielded -0.012 percent ahead of the NFPs print this morning. In terms of US Treasuries, the 10-year Note yielded as low as 1.4387 percent, its lowest yield ever.

The Japanese Yen has been the top performer, gaining 0.26 percent against the US Dollar (but not before trading in a 100-pip range in ten minutes). The commodity currencies are weaker following the disappointing growth readings but off of their lows, with the US Dollar posting gains of 0.65 percent, 0.70 percent, and 0.19 percent, against the Australian, Canadian, and New Zealand Dollars, respectively. 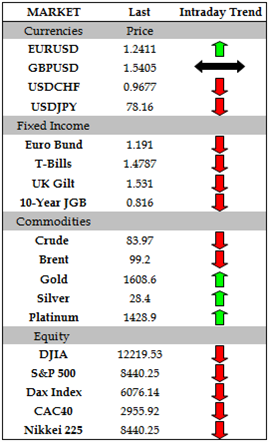 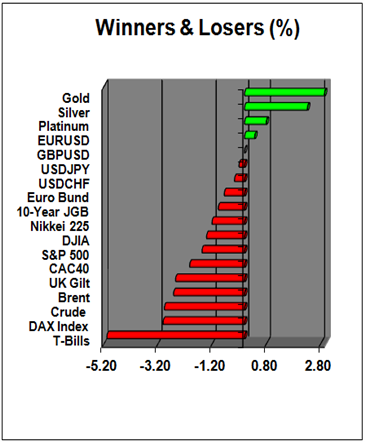 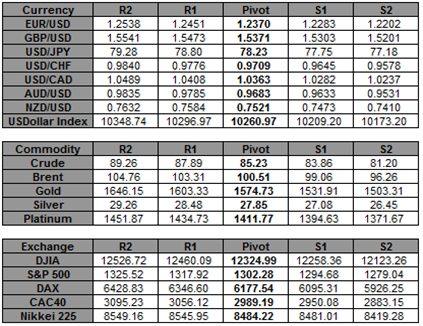