The market appears to be correcting back in line with broader fundamentals after a quizzical bullish start to the week. In reality, the burst higher over the weekend by high beta currencies, such as the Australian and New Zealand Dollars, appears to have been predicated on hopes that the Chinese government was going to hurry along its investment projects as well as new Greek polls suggesting pro-bailout leaders would retain power. But in reality, the fact remains that any new stimulus by the Chinese government is a pipe dream, and that new Greek elections will lead to more political deadlock.

With those realities setting back in, investors have turned back to meek European data and have shed risk-correlated assets with fervor this morning. While Euro-zone Consumer Confidence held at -19.3, Economic Confidence in May deteriorated to 90.6 from 92.9, below the consensus forecast of 91.9. Both Industrial and Services Confidence in May dropped as well, both below the prior and forecasted readings, suggesting that the Euro-zone economy is worse off than most are currently pricing in. This, of course, is putting pressure on periphery bond markets and European banks.

Yesterday I made note of the Bankia bailout and how the Spanish government plans to recapitalize the nation’s third largest lender. A Spanish economy ministry spokesman has said the government was going to recapitalize the bank with government bonds. I argued that “this makes little sense at all, considering the fact that a continued downturn in Spanish bonds will deplete Bankia’s capital buffers and force another liquidity injection in the future.” This view is apparently shared by some at the European Central Bank, even though an official statement was released earlier denying the central bank’s opinion one way or another on the matter. To me, the motive is clear: the ECB doesn’t want to frighten markets further, so it has to deny that it has struck down any form of recapitalization; instead, the ECB likely told Spanish officials to find a different way to recapitalize Bankia. This is a developing story and should be monitored very closely over the coming days.

Taking a look at credit, funding stresses were most evident on the shorter-end of the yield curve, but the US 10-year Treasury Note has hit an all-time low yield of 1.6713 percent. Italian and Spanish 2-year notes were the hardest hit, with their respective yields climbing to 4.333 percent and 4.836 percent. On the longer-end of the curve, Italian and Spanish 10-year notes climbed to yields of 5.900 percent and 6.575 percent, respectively.

The Japanese Yen has been the top performer, gaining 0.58 percent against the US Dollar and 1.62 percent against the worst performer, the Australian Dollar. The AUDUSD pared 1.06 percent, while the NZDUSD lost 0.89 percent. The commodity currencies were weaker through-and-through, with the resilient Canadian Dollar dropping by 0.72 percent. The EURUSD had shed 0.60 percent and traded as low as 1.2421. 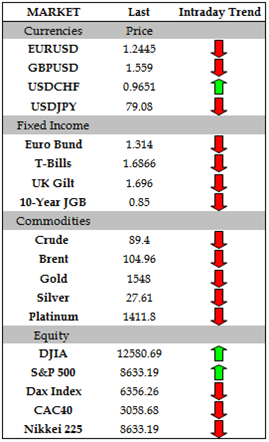 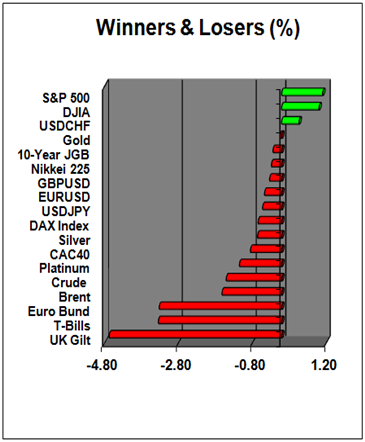 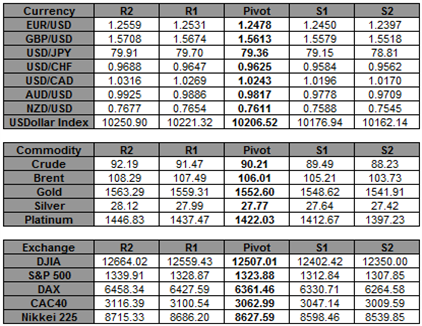