- Buybacks Lowest Since 2009 as US CEOs Push Up Spending – Bloomberg

- Europe Turning to US for Loans – WSJ

After Monday’s gap open higher by higher yielding currencies and risk-correlated assets, the US Dollar started to make some headway back from its losses with a strong start in Asian trading on Tuesday. Indeed, yesterday’s dismal performance by the world’s reserve currency was its worst single-day performance in four-weeks, but we find that this is due to thinner liquidity across the globe given holidays in Europe and the United States. If anything, today’s price action by high beta currencies, such as the Australian and New Zealand Dollars, alongside the Euro’s performance, indicates that there is very little follow through to yesterday’s gap higher.

Mainly, the lack of follow through can be attributed to rising concerns out of Italy and Spain that have catapulted German bonds to fresh all-time highs. Earlier today, the German 10-year Bund yield fell to a record 1.345 percent as short-term Italian and Spanish borrowing costs hit their highest levels in over three-months. This comes after a spokesman for the Spanish economy ministry said yesterday that the government was considering recapitalization troubled Bankia, Spain’s third largest lender, with government bonds instead of cash. I find this makes little sense at all, considering the fact that a continued downturn in Spanish bonds will deplete Bankia’s capital buffers and force another liquidity injection in the future.

Fears of contagion are also evident in Italian bonds today following the country’s short-term bond auction this morning. Italy sold €8.5 billion to meet its target, but the cost at which it services its debt rose from the last auction. 183-day bills fetched a yield of 2.104 percent, up from 1.772 percent at a similar auction on April 26. Furthermore, if only emphasizing how ‘turned off’ investors are becoming to Italian debt, the bid-to-cover ratio fell to 1.61 from 1.71 at the last auction: that is to say that fewer investors are bidding on the debt.

Taking a look at credit, funding stresses were most evident on the shorter-end of the yield curve, but as noted earlier, the German 10-year Bund yield hit a fresh all-time low at 1.345 percent earlier today, before bouncing higher to 1.366 percent, at the time this report was written. Italian and Spanish 2-year notes were the hardest hit, with their respective yields climbing to 3.976 percent and 4.517 percent. Interestingly enough, Portuguese 2-year notes were the top performer, whose yield dropped by 71.1-basis points to 10.137 percent. 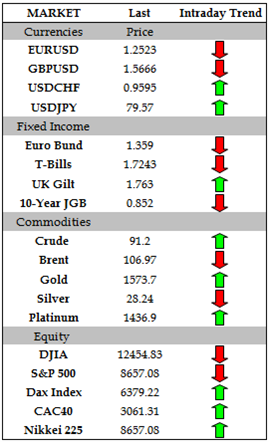 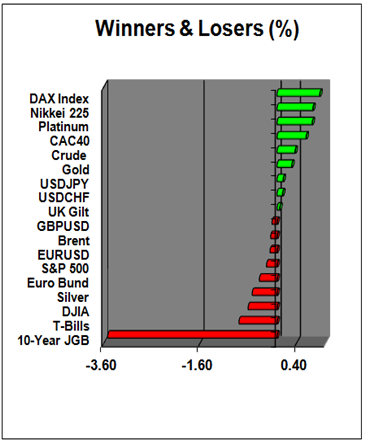 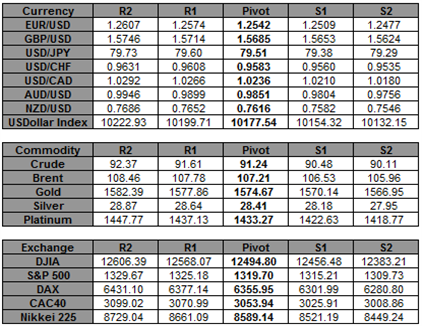