- Iran Not Ready for Visit to Suspect Nuclear Site – Reuters

Trading in the Asian and European sessions were marked by notably light volume, which comes as no surprise given major holidays in both Europe and North America. And, when considering the recent correlation between volume and the S&P 500 (-0.956 rolling 5-day as of Thursday), it is even less surprising that demand for riskier assets is up amid the light trading conditions. The commodity currencies have been taking advantage of this ripe environment, with the Australian and New Zealand Dollars leading the majors substantially to start the last week of May.

In part, developments over the weekend out of Greece have provided the fundamental push to spark a move back towards higher yielding currencies and risk-correlated assets. Five separate polls released over the weekend showed that the pro-bailout New Democracy party held a small lead of approximately 0.5 to 5.7 points over the anti-bailout Syriza party. To this end, ND would garner between 25.6 percent and 27.7 percent of the vote, while Syriza would take home between 20.1 percent and 26.0 percent of the vote at the June elections. Providing further fuel to ease concerns, the results from two of the leading polls, MARC and Pulse, showed that ND and PASOK, the other major pro-bailout party, would together win a parliamentary majority in June.

Investors have taken the polls results and run with them, with the AUDUSD and NZDUSD rallying by 0.97 percent and 0.94 percent, respectively, to start the week. The Euro hasn’t responded to the news, however, bringing this rally into question, as it appears investors are now starting to shift their primary concerns to the increasing debt burdens of Italy and Spain.

Taking a look at credit, shorter-term yields are starting to rise rapidly once more, with the Italian and Spanish 2-year notes yielding 3.807 percent and 4.288 percent each, respectively. For the latter, this is the highest yield in 2012 thus far. Funding stress is evident on the longer-end of the yield curve as well, with Italian and Spanish 10-year yields rising by 3.8-basis points and 12.1-bps, respectively, to 5.679 percent and 6.391 percent each. Accordingly, I believe that while the developments out of Greece are positive, they will not ease fears of dwindling deposits in European banks; these increasing yields in Europe’s larger economies (Italy and Spain) will garner more attention ahead of the Greek elections in June.

The New Zealand Dollar is the top performer today, with the NZDUSD rallying by 0.97 percent. The US Dollar was the worst performer overall, with it paring the lease against the Swiss Franc, to which it lost 0.10 percent to. The Japanese Yen was slightly higher, with the USDJPY depreciating by 0.34 percent, and the EURUSD was barely higher, up 0.18 percent on Monday at the time of writing. 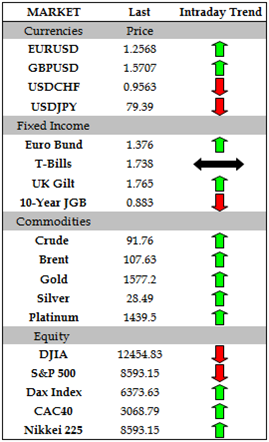 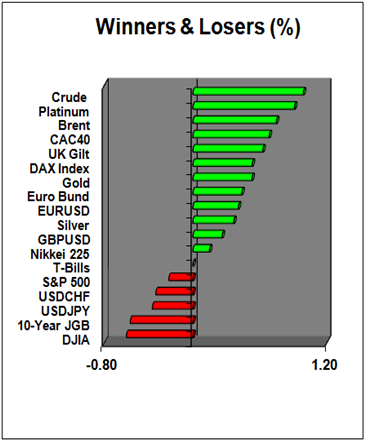 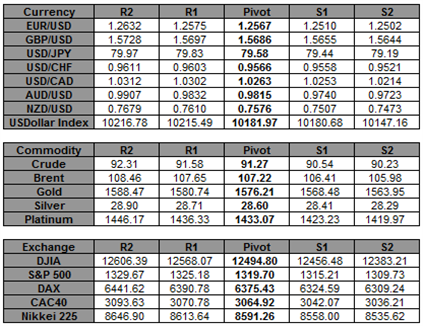