After Greek leaders announced that they failed to form a government, guaranteeing at least one more round of elections, higher yielding currencies and risk-correlated assets entered a free fall. The EURUSD fell to its lowest level since January 17 overnight while the AUDUSD dropped to its lowest level since December 15. Similarly, global equity markets have sold off sharply in the aftermath, with Asian shares being hit the hardest.

With a weak start to the London trading session, it appears that today could have been a day of panic. It was not, however, with the majors setting their lows against the US Dollar by 08:00 GMT, leading to a modest rally – profit taking, it appears. Before this rally, however, and as the Australian Dollar and the Euro set fresh May lows, pressure in the bond market reached distressing levels unseen the height of the crisis last fall.

Post-US cash equity open today more of these headlines came across the wires, with the European Central Bank announcing that it would not change its policy outlook, a sign that another longer-term refinancing operation (LTRO) is all but a dream at this point. Perhaps more important was the decision that the ECB was ceasing its monetary operations with four Greek banks due to recapitalization issues (UPDATE: Deutsche Bank notes this is a “non-event for the top-4” as the ECB’s decision does not affect the four systemic banks, Alpha Bank, Eurobank EFG, NBG, or Piraeus Bank). Regardless, the rally stoked this morning has fallen flat and higher yielding currencies and risk-correlated assets are under pressure in the closing minutes of European trade.

Taking a look at credit, periphery bond yields have fallen back from this morning’s highs, with the Italian and Spanish 10-year bond yields dropping to 5.802 percent and 6.243 percent, respectively. The German 10-year Bund continues to hover near its all-time low yield (high in price) at 1.455 percent, trading at 1.467 percent at the time this report was written.

Despite the ECB news, the Euro has been the top performer today, gaining a mere 0.16 percent against the US Dollar thus far on Wednesday. The New Zealand Dollar has been the worst performer, with the NZDUSD shedding 0.39 percent. After setting new lows and then trading above today’s opening range, the AUDUSD is relatively unchanged, down 0.02 percent. 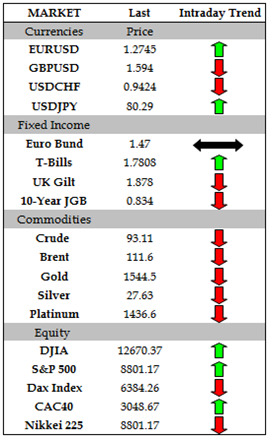 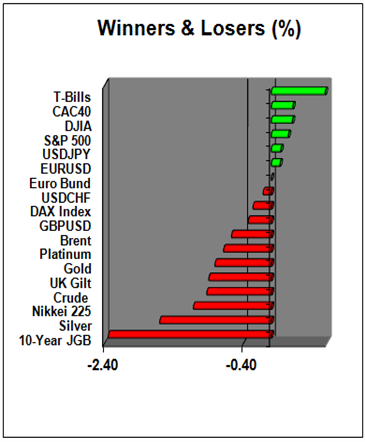 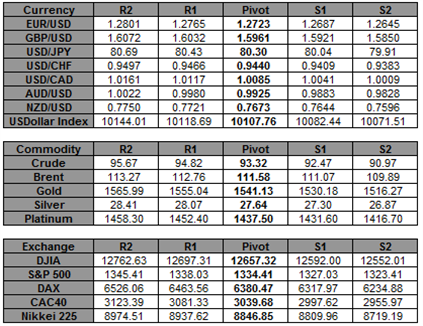 Despite all of this progress, it is possible that that we have another spurt of volatility after Europe has closed, with the Federal Open Market Committee April 24 to 25 meeting minutes scheduled to be released today at 18:00 GMT. Considering the tone that Chairman Ben Bernanke took at the press conference following the meeting, Currency Analyst David Song notes that “a dovish statement could spark a short-term correction in the USD, and the dollar may consolidate going into the end of the week as the rally from the beginning of the month remains overbought.”