The distressing political climate across Europe is starting to snowball. With London closed for a bank holiday yesterday, higher yielding currencies and risk-correlated assets took back any and all losses by the end of the US cash equity session. However, with this liquidity back in the market today, it’s clear that the rally late on Monday was a dead cat bounce, and that the concerns raised about Europe that past few days are very real. To say that the downside in risk-correlated is limited would be ignorant has it’s evident that most market participants are entirely unprepared and thus shocked by the political developments in Greece.

While I’ve previously dismissed Greece as a “ship that’s passed,” the elections this past weekend were the necessary catalyst to put Greece back on the map (because realistically, if New Democracy and PASOK retained a grip on parliament, the elections would be a non-event). After New Democracy party leader Antonis Samaras failed to form a coalition government yesterday, Syriza’s Alexis Tsipras was tasked with forming a new ruling body. The leader of the left-wing party said today that the election results have made the bailout accord with the European Troika – the European Commission, the European Central Bank, and the International Monetary Fund – “null and void,” noting that Greeks have “ended plans” for additional austerity. Furthermore, in what is perhaps just grandstanding, Mr. Tsipras said that New Democracy and PASOK would have to renege on its austerity pledges to the Troika if they want to form a coalition government with Syriza; if no coalition is formed new elections will likely be held in June, which should yield a greater turnout for anti-austerity parties such as Syriza.

Why do these Greek games of political chicken matter? While Fitch Ratings this morning said that a Greek exit from the Euro-zone would be “bearable,” the ramifications of contagion are what keeps investors up at night. If Greece is to leave, who is to say Portugal won’t? Will there be any debt restructurings? Who will get paid first, if anyone at all? Will the debt be repaid in Euros or in a new currency, such as the Drachma in Greece’s case? These are questions that haven’t been and won’t be answered until the time comes; and the lack of a preemptive response by Europe’s core has left the region in a fragile place for the coming weeks.

Taking a look at credit, Italian 2-year notes lead gainers, with the yield dropping to 2.736 percent. Meanwhile, across the rest of the periphery, the picture is not so sanguine, with Irish and Portuguese 2-year notes falling by 22.7-basis points and 25.2-bps, respectively, to yields of 4.872 percent and 6.751 percent.

The Japanese Yen has been the top performer on the day, gaining 0.10 percent against the US Dollar, which is very reminiscent of how the USDJPY performed during the height of the Euro-zone crisis last fall. The EURUSD is also weaker, having depreciated by 0.35 percent and moving below 1.30. The Australian Dollar was the worst performer, shedding 0.69 percent to the US Dollar. 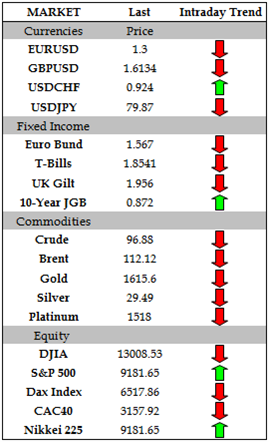 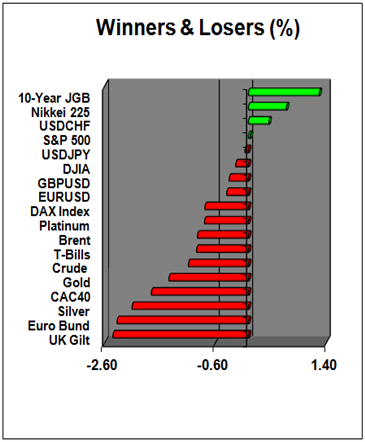 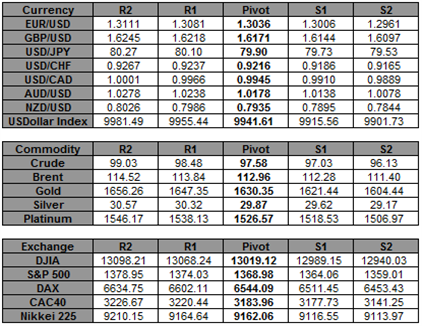