How serious is the situation in Europe? This weekend’s elections results should serve as a stark reminder that at the end of the day, the ultimate decision to save Europe’s banks rests in the hands of her voters. In order to provide the struggling periphery nations the necessary help for their debt obligations, the supranational European Troika – the European Central Bank, the European Commission, and the International Monetary Fund – has traded funds for deficit reduction measures, ones that have proved increasingly unpopular in recent months. The drop in the standard of living in Greece has shaken the political establishment and now with pro-growth/anti-austerity parties popping up across the continent and even in the core with the election of Francois Hollande in France, there appear to be a fresh round of quarrels with Germany on the horizon.

While the elections in France shocked some, the more important development is the result of the Greek election. According to the Wall Street Journal, 60 percent of the new parliament sits in the anti-bailout/anti-austerity camp, leaving the New Democracy/PASOK coalition, seemingly the only Greeks left in the country supporting the bailout measures, scrambling to somehow retain its grip on power. In all likelihood we’re going to see another round of elections in the coming weeks, but one number sticks out: the 16.8 percent the radical left SYRIZA party got (for all intents and purposes, while SYRIZA is technically a coalition of radical left groups, it is treated as a single entity with one parliamentary leader). Between the strong showing for far-right candidate Marine Le Pen in France during the first round of the French elections, Socialist Francois Hollande being elected to the French presidency, and far-left and –right parties garnering support in Greece, it’s very evident nationalism is rising in Europe again. This in and of itself is the biggest impediment to European solidarity going forward.

As expected, the Euro was under pressure following the results, dipping to its lowest level in three months during Asian trading on Monday. The EURUSD dipped to 1.2972, its lowest exchange rate since January 25. However, with London closed for a bank holiday, liquidity conditions have been relatively thinner to start the week, so there’s been no big push or follow through. Accordingly, it would not be surprising to see the EURUSD to fight back to its opening week gap at 1.3082 before the next leg lower. The pair has bounced from 1.2972 back to 1.3037. at the time this report was written. With that said, the daily bearish wedge has started to break down and any rallies are likely capped by 1.3260 in the near-term.

The Canadian Dollar has been the top performer on the day, gaining 0.08 percent against the US Dollar. The Euro, as expected, was the worst major performing currency, with the EURUSD shedding 0.38 percent. Similarly, the Swiss Franc was weaker by 0.37 percent. The Japanese Yen was slightly lower on the day as well, with the USDJPY appreciating by 0.14 percent. 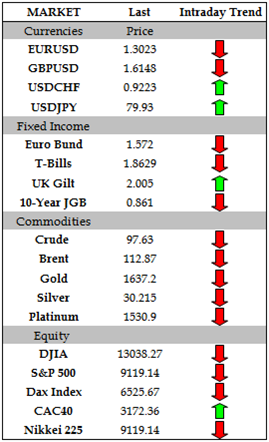 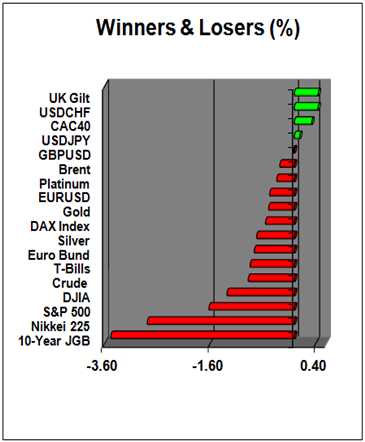 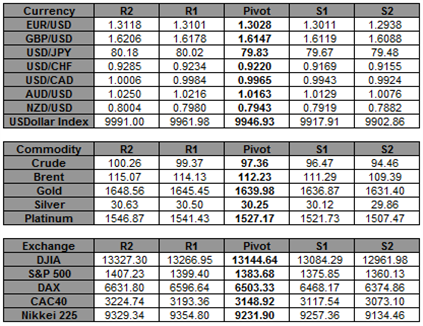