Euro Rallies After Draghi Presser Despite No New Policy Actions

Higher yielding currencies and risk-correlated assets traded mostly lower in the overnight, but volatility and price ranges were contained overall as market participants eagerly awaited the outcome of the European Central Bank’s policy meeting midway through the European trading session on Thursday. As Euro-zone stresses have risen in the past few weeks, not in the form of liquidity issues for banks but rather a crisis of confidence, there have been calls for the ECB to introduce more measures to bide time for governments struggling to implement austerity measures. After today’s meeting, it is clear that the Mario Draghi ECB is going to hold out for as long as possible when considering new policy measures, as President Draghi noted that the ECB “didn’t discuss” a rate cut at this month’s meeting.

In terms of President Draghi’s statement, the outlook provided by the ECB was certainly downbeat. According to President Draghi, the ECB sees “downside risks” to the Euro-zone economic outlook, saying that the outlook has become more “uncertain.” On the topic of inflation, the ECB sees price pressures in line with prices broadly balanced over the medium-term horizon. Similarly, the ECB notes that liquidity is abundant in the Euro-zone and that short-term real rates are negative in all Euro-zone nations, further supporting President Draghi’s outlook that inflation will be tethered to the medium-term target at 2 percent.

The big development, or lack thereof, was the ECB’s commentary on what their intentions are with their securities market program (SMP), the facility the central bank uses to intervene in the secondary bond markets to purchase sovereign debt (mainly PIIGS). President Draghi said that the SMP is neither “eternal nor infinite,” and while the program is “still there,” the ECB never “pre-commits.”

Overall, while the Euro rallied across the board following the statement, this could be in part due to the expectations that the ECB might cut rates at this meeting – I find that the “weak” hands were shaken out of the market during the press conference. Instead, with the ECB offering little more substantive support, the increasing tensions between politicians and policymakers is expected to continue, with more governments coming out to offer lip service to the notion that the Euro-zone just needs to grow – as if it were that simple given current market conditions. There’s little contained within the ECB’s statement and the President Draghi presser that would suggest the Euro’s intraday rally is sustainable.

Following the press conference, the Euro took back much of its losses, and even rallied up 0.09 percent against the US Dollar overall. The Canadian Dollar remains the strongest currency, with the USDCAD depreciating by 0.13 percent. The Australian and New Zealand Dollars were among the weakest majors, shedding 0.45 percent and 0.97 percent, respectively. 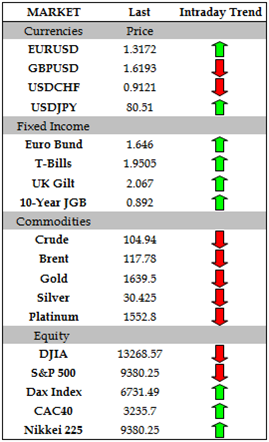 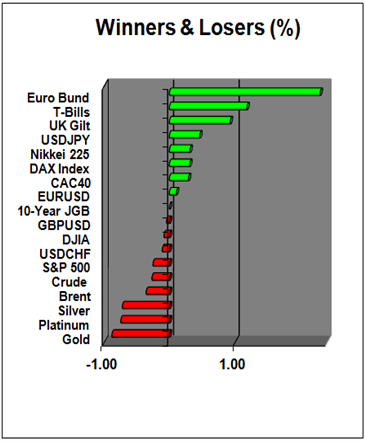 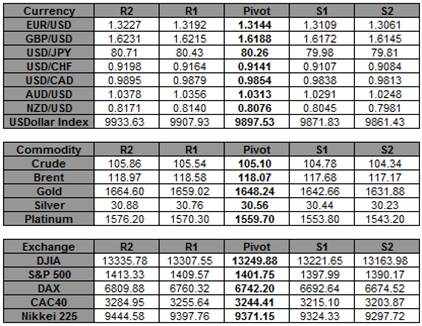