Last week was exceptionally volatile but Monday’s price action has yielded little of that same fervor. In fact, at the time this report was written, all of the majors were tethered within a half of a percent against the US Dollar, but for the Australian Dollar, which was down 0.56 percent. Overall, higher yielding currencies and risk-correlated assets were skewed to the downside as mixed data out of Europe and North America ahead of the US cash equity open weighed on sentiment. Still, the US Dollar’s outlook remains slightly bearish after last week’s Federal Reserve meeting and the disappointing gross domestic product print, especially against the Japanese Yen.

It is also worth noting that Monday marks the end of April, so there are some seasonal trends to take into account when considering how the market will perform in the coming days. Using the S&P 500 as a proxy to broader equity markets, since 1950, May has averaged a gain of 0.24 percent. Recently, in May 2010 and 2011, the S&P 500 lost 8.2 percent and 1.4 percent, respectively. Needless to say, May 2012 may again yield “sell in May and go away” as it has each of the past few years.

Although risk-appetite was generally lower on Monday, there has been some relief on the European sovereign debt crisis front as the Spanish growth figures from the first quarter were better than expected. While the economy slid back into a recession, the -0.4 percent year-over-year GDP print beat the -0.6 percent forecast, according to a Bloomberg News survey. Spain, like other periphery countries such as Greece or Ireland, is struggling with supranational European mandate of finding growth amid crushing austerity measures. If Spain as well as the other PIIGS put together a string of stronger than expected data, the Euro-zone debt crisis will likely find some reprieve as funding costs drop.

Taking a look at credit, funding costs are indeed dropping, especially on the shorter-end of the yield curve, which is a better indicator of the confidence in the struggling Euro-zone countries given the European Central Bank’s 3-year longer-term refinancing operation (LTRO). While every European country but for Portugal saw its funding costs improve on their respective 10-year bonds, it is worth noting that the Portuguese 2-year note was the top performer on Monday, shedding 15.5-basis points to a 7.072 percent yield.

Overall, the Japanese Yen was the best performing major currency against the US Dollar, climbing by 0.17 percent. The Canadian Dollar was the worst performing major currency, depreciating by 0.56 percent thus far on Monday. Overall, the majors traded in narrow ranges versus the world’s reserve currency, with the Australian Dollar, the second worst performer, only losing 0.48 percent. 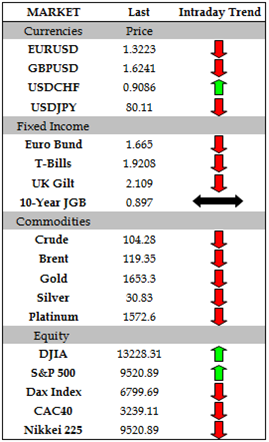 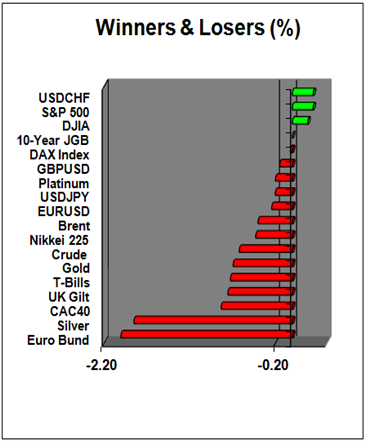 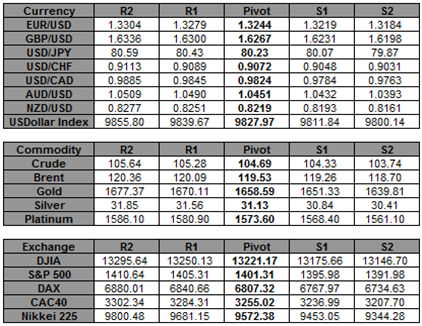