US Dollar Slides Ahead of FOMC as Durable Goods Orders Tumble

After two volatile days of trading, Asian and European market participants left the majors relatively unchanged against the US Dollar ahead of the US cash equity open on Wednesday. Mainly, however, the positive impact of the Apple earnings report on higher yielding currencies and risk-correlated assets from late in the North American trading session yesterday found some follow through across the board, sinking the world’s reserve currency against all the majors except for the British Pound, which was humbled after a poor gross domestic product reading.

Aside from the British growth reading, which confirms a long held belief of mine that the British economy is stagflating, data was relatively thin in the overnight ahead of the two key events of the day, the US durable goods orders for March and the Federal Open Market Committee rate decision.

Orders for durable goods fell by 4.2 percent in March, the worst reading since January 2009, when orders dropped by 13.2 percent on a monthly-basis. March’s disappointment comes after orders rose by a revised 1.9 percent in February, and the consensus forecast called for a 1.7 percent decline, according to a Bloomberg News survey. However, the data may not be as bad as the headline figure suggests.

The 4.2 percent decline is steep indeed, but it was mainly dragged down by a 47.6 percent drop in commercial aircraft orders, which the market already knew about given Boeing’s orders in March – 53 planes versus 237 planes in February. Orders for non-defense capital goods (excluding aircraft) only fell by 0.8 percent while February’s gain was revised up to 2.8 percent from 1.7 percent. Furthermore, durable goods shipments gained by 1.0 percent in March while non-defense capital goods (excluding aircraft) increased by 2.6 percent after a 1.7 percent gain in February. Thus, while the overall print was disappointing, a deeper examination of the components of the reading suggests that the headline print is misleading, and that there should only be a marginal impact on the US first quarter growth reading.

Taking a look at credit, the PIIGS were mostly stronger on the day, but for the Irish 10-year bond, which added another 9.2-basis points to see its yield rise to 6.677 percent. On the short-end of the curve, the Spanish 2-year note fell by 22-2-bps as its yield dropped to 3.099 percent, which is now lower than the Italian 2-year note, which was fetching 3.148 percent, at the time this report was written.

Overall, the Canadian was the best performing major currency against the US Dollar, climbing by 0.42 percent. The commodity currencies were bolstered overall, with the Australian and New Zealand Dollars gaining 0.27 percent and 0.05 percent, respectively. The British Pound was the worst performer following the poor GDP print, shedding 0.14 percent to the US Dollar ahead of the US cash equity open. 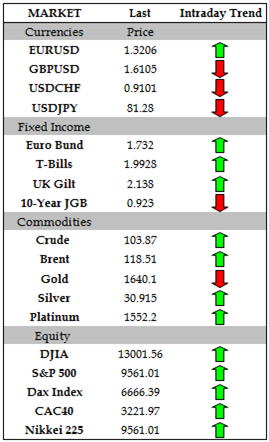 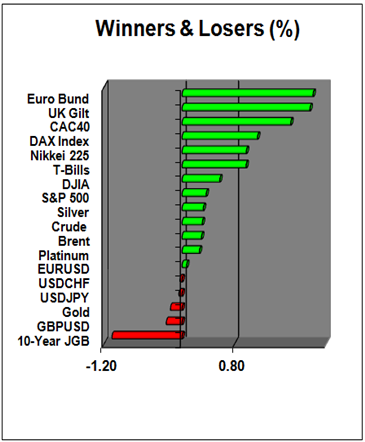 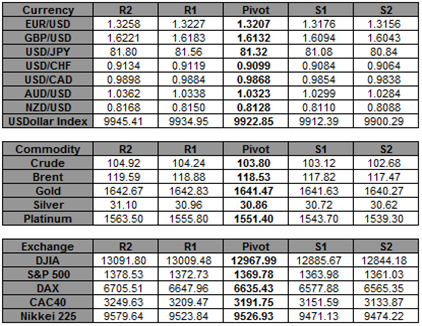