- Bundesbank’s Weidmann Says What No Politician Wants to Hear – Bloomberg

Risk-appetite was tempered in the overnight as market participants continued to digest the weekend’s political developments out of Europe, but overall, it appears that any concerns have been pushed to the side, if only temporarily. Despite the negative sentiment from yesterday, the major European stock indexes traded relatively unchanged if not positive ahead of the US cash equity open. The major development in the overnight, however, has been the performance of the Australian Dollar in light of a weak inflation reading.

Last week, the Reserve Bank of Australia released the minutes from their meeting earlier in April. Essentially, the minutes said that ‘if the upcoming inflation readings disappoint, the RBA will proceed with a rate cut.’ Well, on Sunday, the quarterly producer price index showed deflation, while the consumer price index released earlier today showed little if any underlying price pressures. In light of these developments, I think it is all but guaranteed that there is a 25-basis point rate cut; but the question is whether or not there is a 50-bps rate cut.

According to the Credit Suisse Overnight Index Swaps, ahead of the CPI earlier today, there was already a 93 percent chance of a 25-bps rate cut; after the print, there was as great as a 40 percent chance for a 50-bps cut (with a 100 percent likelihood of a 25-bps cut). If rate cut expectations continue to surge, where does that leave the Australian Dollar? Our model suggests that, if rate expectations for the Bank of Japan and the Federal Reserve stay the same (and no further stimulus is announced), we should expect the AUDUSD to fall towards parity (1.0000) and for AUDJPY to drop below 81.000.

Taking a look at credit, periphery Euro-zone debt has posted a modest rebound after yesterday’s underperformance, with the Spanish 10-year bond leading gains, with its yield falling by 9.5-basis points to 5.850 percent. On the shorter-end of the curve, there’s a notable divergence among periphery sovereign debt, with the Spanish 2-year note leading gains (-11.5-bps), the Italian 2-year note unchanged, and the Irish 2-year note trailing the pack (+19.3-bps).

Overall, the Japanese Yen was the best performing major currency against the US Dollar, climbing by 0.12 percent. The Euro was the next best performing major, up 0.07 percent against the US Dollar, as the Euro-zone political woes seemingly took the day off allowing for some tempered optimism. The worst performer was the Australian Dollar, down 0.36 percent, after the dismal inflation readying earlier today. 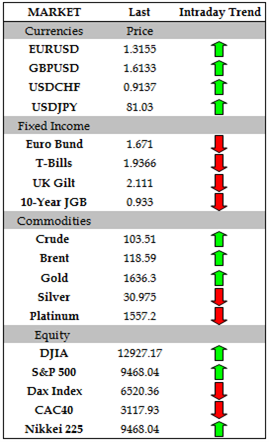 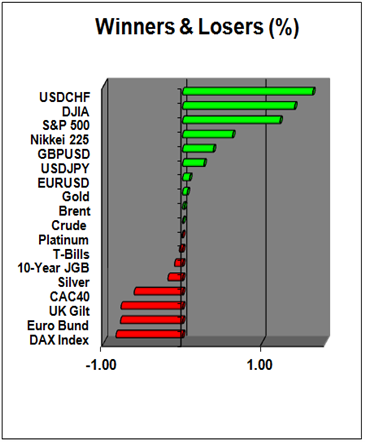 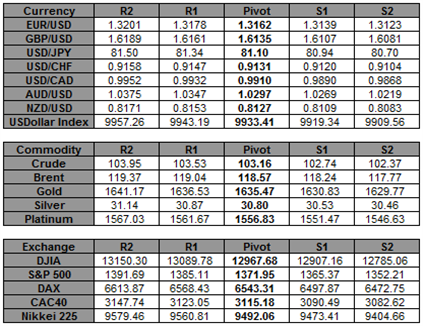