- Foreclosure Filings Decline in U.S. to Lowest Since 2007 – Bloomberg

In recent weeks, global investor sentiment has eroded for two main reasons: the Euro-zone sovereign debt crisis; and the slowdown in Chinese growth. The currency that has been influenced the most by these events has easily been the Australian Dollar. Since March 1, the Australian Dollar has been the worst performing major currency, losing 3.10 percent to the US Dollar; this performance looks particularly brutal when compared to the relatively strong performances by the Canadian and New Zealand Dollars over the same frame, when they only lost 0.98 percent and 1.31 percent against the US Dollar, respectively.

As these concerns circulating the Australian Dollar have accumulated, rate cut expectations have surged in recent weeks, with the Credit Suisse Overnight Index Swaps suggesting (as recent as yesterday) a 97.0 percent chance of a rate cut at the Reserve Bank of Australia’s next meeting. Mainly, policymakers have expressed concerns over a deflating housing market, cooling price pressures, and a recently struggling labor market.

The labor market release last night certainly eased some of the RBA’s policymakers’ concerns. Not only was the data a blowout print – 44.0K actual versus 6.5K expected – but part-time employment picked up immensely, usually a sign that companies are looking to expand their labor forces (this is usually a precursor to full-time employment).

For now, with policymakers having to be a little less concerned about the economy – the unemployment rate also ticked lower to 5.2 percent – rate cut expectations have dramatically diminished, with the Credit Suisse OIS now showing an 82.0 percent chance of a 25.0-basis point rate cut at the next RBA meeting. The Australian Dollar has responded accordingly, surging against the lower yielding currencies, the Japanese Yen and US Dollar, testing key technical levels against the latter that would warrant a shift in medium-term exchange rate forecasts.

Taking a look at credit, market participants continue to bid up Euro-zone periphery debt following commentary by European Central Bank board member Benoit Couere which suggested the ECB could resume buying Spanish debt. Periphery debt has responded positively, with the Italian and Spanish 10-year yields falling to 5.390 and 5.781 percent, respectively.

Overall, the Australian Dollar was the best performing major currency, gaining 0.85 percent against the US Dollar. The commodity and European currencies were strong overall, with the Canadian and New Zealand Dollars up 0.38 percent and 0.48 percent respectively, while the Euro firmed by 0.23 percent against the US Dollar though two sessions on Thursday. The Japanese Yen was the worst performer, down 0.06 percent. 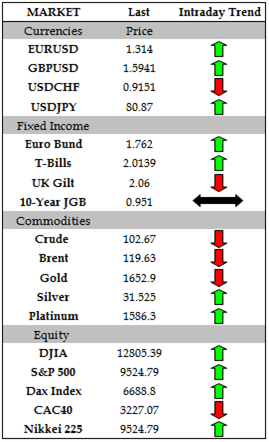 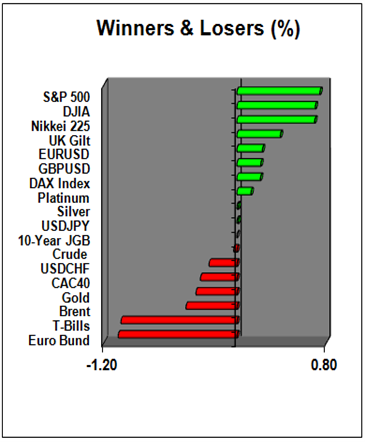 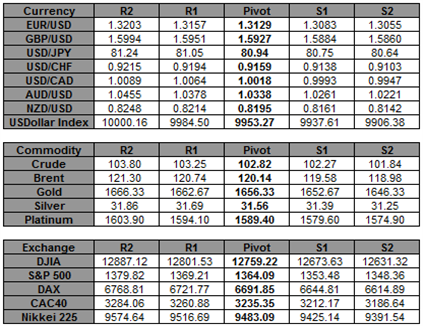