There was little important data due out in the overnight, a welcomed reprieve for market participants that have been seemingly disappointed upon every major data release from across the globe the past few weeks. With earnings season rolling in, and the first numbers holding up better than expected, risk-appetite found renewed vigor ahead of the US cash equity session, with the commodity currencies, led by the New Zealand Dollar, outperforming the European and safe haven currencies.

The main catalyst for the bullish risk, bearish safety move in the European session has to go to rumors out of the European Central Bank. Governing Council member Benoit Coeure noted that the ECB has the “tools” to provide assistance, stating “We have an instrument, the securities market program, which hasn’t been used recently but it still exists.” With some further positive commentary about the Spanish economy, the stage was set for a rally by the Euro, in particular against the Japanese Yen and the US Dollar.

Taking a look at credit, it’s clear that market participants are fixated on the fiscal situations unfolding in Italy and Spain rather than in Greece and Portugal, given broader market moves. Typically, on a day like today (risk-on), periphery debt would strengthen. In the past, when Greek and Portuguese debt has underperformed, the market has shed yield and looked for safety. Today, we note that Greek and Portuguese debt are substantially weaker, but with Italian and Spanish bonds strengthening, market participants’ worries are at ease for a bit. The Italian 10-year bond yield dropped to 5.471 percent while the Spanish 10-year bond yield dropped to 5.807 percent.

Overall, the New Zealand Dollar was the best performing major currency, gaining 0.61 percent against the US Dollar. The commodity and European currencies were strong overall, with the Australian and Canadian Dollars up 0.58 percent and 0.22 percent respectively, while the Euro firmed by 0.42 percent against the US Dollar though two sessions on Wednesday. The Japanese Yen was the worst performer, down 0.22 percent. 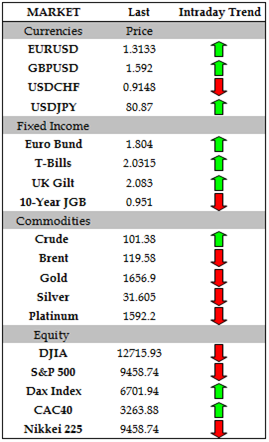 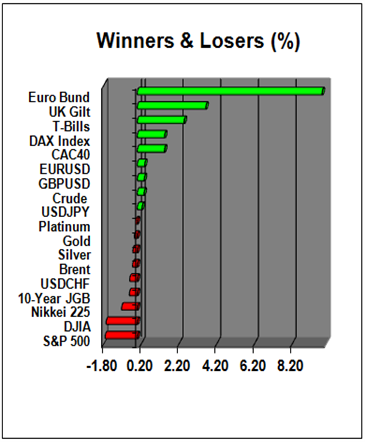 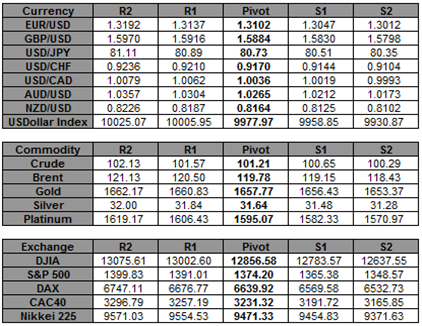