Despite some early bullish price action in Asia, higher yielding currencies and risk-correlated assets took a turn lower in the European session as market participants reacted to the disappointing US nonfarm payrolls report for the first time since Friday (European markets were closed Friday and Monday).

That, alongside another batch of disappointing Chinese data – import activity continues to struggle suggesting weakening domestic demand – and further weakness in periphery Euro-zone sovereign debt, has created a risk-averse environment headed into the US cash equity open on Tuesday. In fact, the Japanese Yen and U.S. Dollar are the top performers, while the commodity currency complex trails.

With Greece in the rearview mirror – barring an election surprise that results in a referendum of the most recent bailout – markets’ collective attention has now turned to the Euro-zone’s second tier economies, most notably France, Italy, and Spain. In terms of France, the big news out of the country has been, and will be for the next few weeks, the French presidential elections. Why is this important? Socialist challenger Francois Hollande has vowed to renegotiate the European Union’s recently agreed upon fiscal treaty; this would damage Franco-German relations, a relationship that needs to show solidarity, not division, as the periphery Euro-zone looks to the core for help.

Spain presents a similar yet different issue; austerity and growth aren’t intermingling well, the ‘solution’ that Mr. Hollande wants to eradicate should he take office. Spain’s most recent efforts to cut government spending manifested today, with an additional €10 billion of budget cuts in education and health. However, given the reaction by bond markets, it’s clear that investors don’t believe Spanish fiscal policy is helping the economy.

Taking a look at credit, on the back of the new austerity measures, the Spanish 10-year bond yield jumped to 5.901 percent, its highest yield (lowest price) since December 21, 2011 – an important date considering it was the day after the European Central Bank’s first longer-term refinancing operation (LTRO). Similarly, the Italian 10-year bond yield soared to 5.573 percent. If the theme of risk-aversion needed any confirmation, one needs to look no further than German sovereign debt, where the 10-year yield has fallen to 1.663 percent, close to its lowest yield ever at 1.636 percent on September 23.

Overall, the Japanese Yen was the best performing major currency, gaining 0.60 percent against the U.S. Dollar. The commodity and European currencies were struggling overall, with the Kiwi leading losses, depreciating by 0.47 percent. Volatility has started to pick up again now that European markets have reopened after a four day recess; higher volatility tends to stoke a flight to safety. 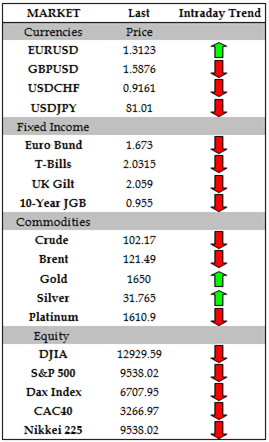 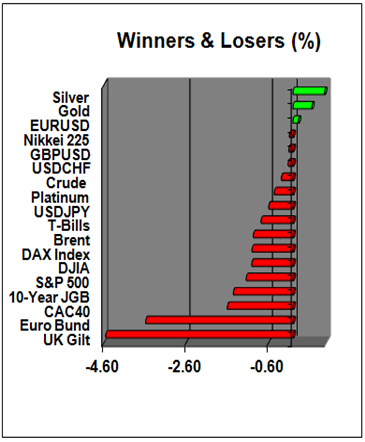 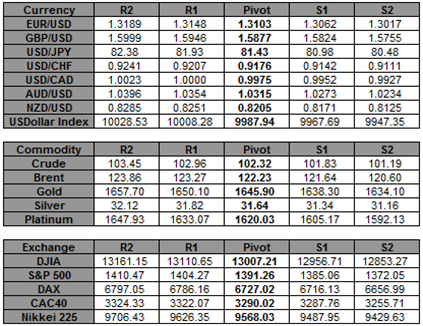