- Path for Romney Getting Clearer – WSJ

Risk-aversion was mildly evident in the Asian and European sessions providing follow-through from Friday’s price action after the disappointing U.S. jobs report. The lack of volatility in the overnight is not surprising, however, considering that most major European markets remain closed for the holiday weekend. As such, full liquidity isn’t expected to return to the market until tomorrow, and thus we expect to see somewhat of the first ‘true’ European reaction to the U.S. jobs print on Tuesday.

Even though Europe was closed, there was still important data out to start the week that definitely shapes risk trends going forward. The Chinese consumer price index reading for March disappointed to the upside, raising concerns over the evolving economic conundrum in Chinese: how can the People’s Bank of China stoke growth without fueling price pressures? While the Chinese economy remains far from stagflation, policymakers are handicapped for the time being and are less likely to ease going forward.

Why does Chinese policy matter? In terms of the FX markets, the Chinese growth pictures not only lends to broader risk-sentiment trends but to the macro-fundamentals influencing the Australian economy as well. China is Australia’s largest trading partner accounting for just over 13 percent of trade, by most metrics. This underscores the reality that Chinese demand for metals – Australia’s largest output sector – provides substantial support for the Australian economy.

The Australian economy is already facing significant downside pressures, and a decline in demand for the country’s base metals would be devastating. If price pressures are rising in China as growth slows (this is seemingly occurring), PBoC officials won’t be able to loosen monetary policy; this in turn could hurt Chinese demand for foreign goods. Between the disappointing US nonfarm payrolls report and the Chinese CPI reading, one thing is clear: global policymakers are seemingly handicapped at present and the case to loosen monetary policy further is a weak one.

If both the Fed and the PBoC remain on the sidelines, not only is it likely that the U.S. Dollar will appreciate but the Australian Dollar will depreciate as well; and this suggests, given historical correlations, that risk-correlated assets, such as the S&P 500, could be headed for a rough few weeks. 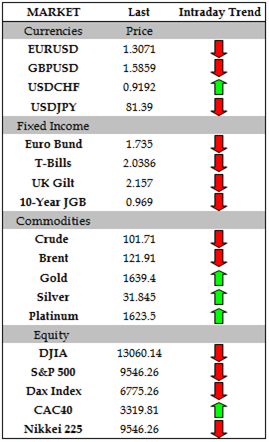 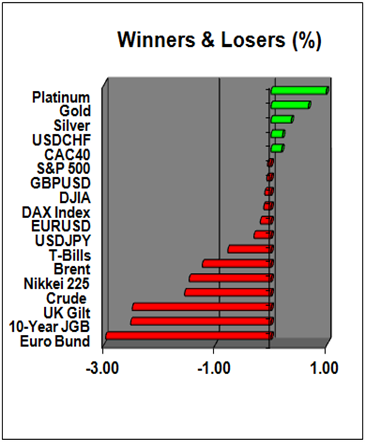 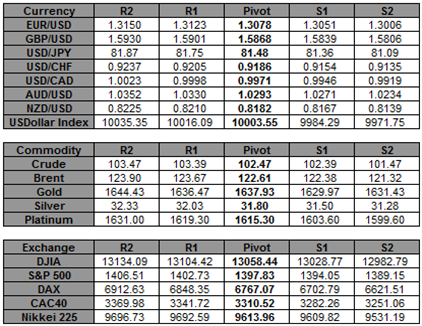