Data was sparse in the overnight, with the most prominent event being the Bank of England rate decision. As expected the Monetary Policy Committee held the key rate at 0.50 percent where it has been since March 2009. Further information will be disclosed when the BoE meeting minutes are released on April 18. However, the market is not abuzz over whether or not that BoE will extend or cut short its quantitative easing program (although that is very important); instead the focus is back on the Euro-zone where the secondary bond markets are starting to show stress among the periphery.

After a poor Spanish bond auction yesterday, there was no rest for the weary early this morning as periphery sovereign debt slid. Italian and Spanish debt has been under increasing pressure the past few weeks, with their respective 10-year bond yields rising to 5.422 percent and 5.709 percent. By no means are their respective yield curves inverted yet; but stress is more prevalent on the short-end signaling rising concerns in the near-term.

The Euro, as expected, has taken the brunt of the markets’ distaste for sovereign debt woes, and the EURUSD has now fallen for four consecutive days. But this isn’t the news; the news is that the EURCHF briefly ticked below the 1.2000 currency floor set in place on September 6 by the Swiss National Bank. As I noted weeks ago and as recently as yesterday, not only was the EURCHF likely to test 1.2000, but as the EURCHF approaches 1.2000, the SNB is likely to become more active in the markets. Indeed, with the Euro-zone concerns pushing the EURCHF below 1.2000 if only briefly, the SNB was forced to step in and intervene, pushing the EURCHF back up above 1.2020.

It’s clear that the SNB is going to have to be vigilant in the coming weeks, and as my colleague Jamie Saettele notes, it’s possible that the EURCHF hovers around the 1.2000 level for weeks or months before the SNB moves the floor. The SNB is expected to buy dips near 1.2000 and this remains their line in the sand. While I believe that letting EURCHF dip below 1.2000 is a porous defense and it ultimately draws into question the SNB’s credibility (one which likely-incoming president Thomas Jordan will have to work to improve), the SNB has made it rather evident today that they will not tolerate momentum build to the downside in EURCHF.

Overall, the Euro was the worst performing major currency against the U.S. Dollar on Thursday, down 0.66 percent. EURUSD weakness triggers substantial U.S. Dollar demand given the context of its depreciation the past few days, which has weighed on other European currencies. The Canadian Dollar led gains, up 0.36 percent against the U.S. Dollar, at the time this report was written. 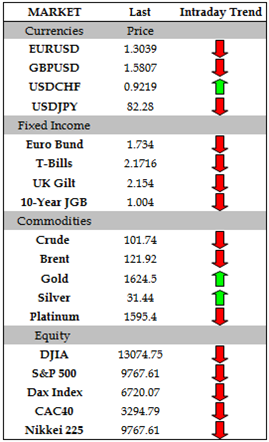 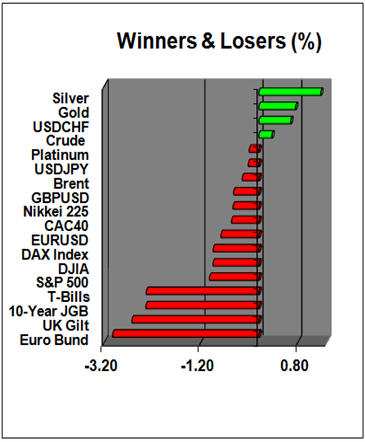 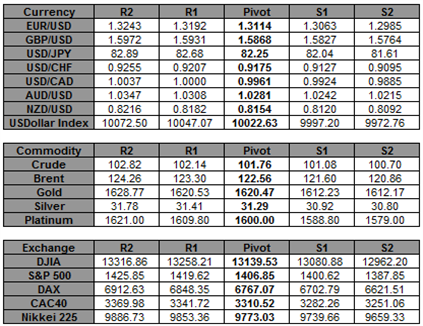