Aussie Slammed by PBoC Comments - is China in Trouble?

It’s hard to say if trade ahead of the U.S. cash open was positive or negative for risk-trends; the Dow Jones FXCM Dollar Index (Ticker: U.S. Dollar) hadn’t ticked above its daily open, but the commodity currency block was rather weak. In fact, but for the New Zealand Dollar – the best performing major on the day – the Australian and Canadian Dollars were notably weaker. What gives?

It appears the “prudent monetary policy” comment really irked market participants, as that suggests that the PBoC may be shying away from another rate cut to help the Chinese economy. Data in recent weeks has been less than spectacular, and as a result, the Australian Dollar has been under an immense amount of pressure. In fact, the Aussie has been the worst performing major currency this month against the U.S. Dollar, down 3.44 percent at the time this report was written.

Ahead of the U.S. cash equity open, there were a few releases that could influence price action for the remainder of the day. First, at 12:30 GMT, Canadian growth figures for January were due, but the prints were uninspiring. In line with expectations, the Canadian economy grew at 0.1 percent month-over-month and 1.7 percent year-over-year. However, these prints represented a slowdown, as the Canadian economy grew by 0.5 percent and 1.9 percent, m/m and y/y respectively, in December. As expected, the Canadian Dollar traded lower against the U.S. Dollar after the release.

Also released at 12:30 GMT were consumer spending data from the United States. While personal spending was up 0.8 percent in February (versus 0.6 percent expected from 0.4 percent in January), personal income was lower, only up 0.2 percent (versus 0.4 percent expected from 0.2 percent in January). Additionally, the PCE core reading, the gauge of inflation the Federal Reserve uses to determine price pressures in the U.S. economy was on hold at 1.9 percent. This represents the tepid picture I have discussed before: consumers are spending more with less income. The U.S. economy won’t sustain its rate of growth if this continues.

Overall, the New Zealand Dollar was the top performing currency in the overnight, gaining 0.58 percent against the U.S. Dollar. The European currencies continued to outperform the commodity currencies overall, however, with the British Pound, the Euro, and the Swiss Franc all outpacing the Australian and Canadian Dollars. The Franc was the best performer of the bunch, gaining 0.42 percent against the U.S. Dollar. The Canadian Dollar, following the mediocre GDP print, was the worst performer on the day, depreciating by 0.12 percent, at the time this report was written. 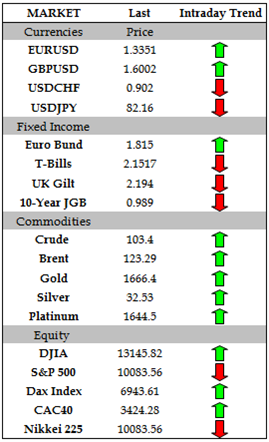 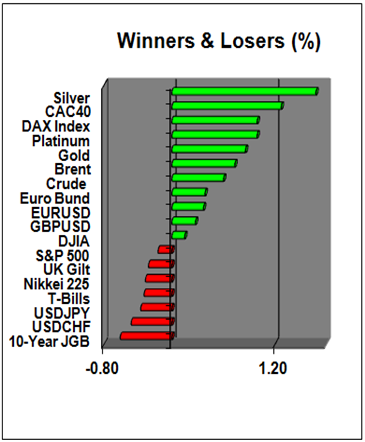 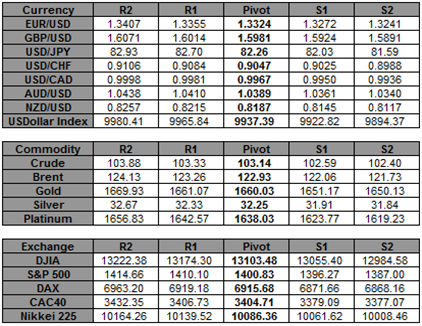