Higher yielding currencies and risk-correlated assets rallied took a small step backwards on Tuesday after posting solid gains each of the past two trading sessions. Another bout of disappointing data out of China weighed on the commodity currencies, which were among the worst performing majors. Confidence readings out of Asia and Europe did little to buoy risk-appetite, though it is worth noting that French consumers are becoming more confident while German consumer sentiment is eroding.

Speaking of France, the Presidential election is beginning to heat up between incumbent Nicolas Sarkozy and challenger François Hollande. Recent poll numbers suggest that Sarkozy is starting to gain traction against Hollande, who according to some polls from-early March was likely to garner 58 percent of the vote in a run-off. However, in line with better consumer confidence numbers released today, Sarkozy is starting to gain some traction, with Hollande appearing to only garner 54 percent of the vote as of polls last week. Hollande has sworn to renegotiate France’s position in the Euro-zone, and if Sarkozy is indeed replaced, it is likely that market volatility arises given what would be new political uncertainty between France and Germany.

Moving on to credit, it’s clear given core and most periphery sovereign debt that today should be a risk-off day. The Italian and Spanish 10-year bond yields were both above the 5 percent threshold, trading at 5.079 percent and 5.307 percent respectively. Similarly, the German 10-year Bund yield dropped, down to a 1.918 percent yield. The outlier, though, was Portuguese debt, which was obviously intervened with in the secondary markets. The Portuguese 10-year bond yield plummeted 67.5-basis points, at the time this report was written, to a 10.890 percent yield. If the European Central Bank is ramping up its bond purchase program again, it could be a harbinger that more uncertainty is due shortly.

Overall, the Japanese Yen was the worst performing major currency in the pre-North American trading hours, declining by 0.36 percent versus the U.S. Dollar. In terms of the other majors, both the commodity and European currencies were trading lower on the day, though such a move can be considered a consolidation given the tight ranges the higher yielding and riskier currencies were trading in against the U.S. Dollar. The Australian Dollar and the Euro trailed the pack, down by 0.30 percent and 0.25 percent respectively. Barring some major unforeseen tail risk that would lead to a flight to safety, the Yen stands to be the worst performing currency this week. 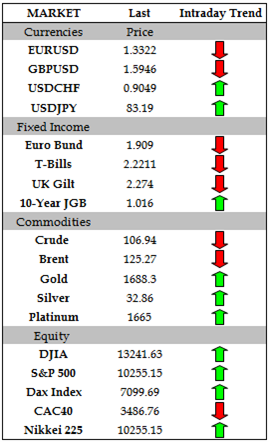 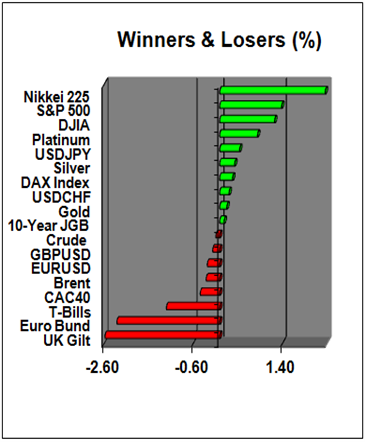 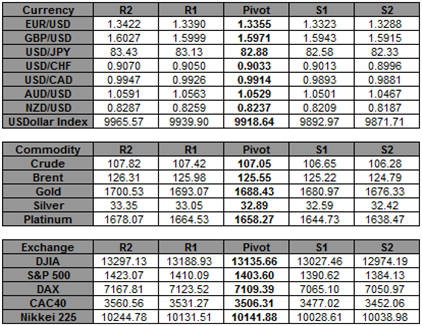