- Bernanke Goes Back to School – WSJ

After the commodity currency complex has its worst day since the start of the year, trading in Asia appeared to offer some reprieve to Tuesday’s price action, with the U.S. Dollar pulling back across the board. Despite the advances made by the Australian and New Zealand Dollars in the first part of the trading day on Wednesday, as European funds hit the market demand for the world’s reserve currency was immediately lifted.

The move lower by higher yielding currencies and risk-correlated assets comes as a bit of surprise, on the surface, given the developments in the Euro-zone on Wednesday. Earlier, Greece won parliamentary approval for its recent bailout (not the last one either), boosting the Euro to its highest level against the U.S. Dollar since March 8.

Taking a look at credit, it’s clear that concerns over the periphery are creeping back in the picture. Italian and Spanish debt continues to deteriorate versus the core, with the 10-year bond yields climbing to 4.951 percent and 5.325 percent, respectively. Both Italian and Spanish bonds are trading at their highest yields over the past week, with the Spanish bond trading at its highest yield over the past month.

Overall, the Australian and New Zealand Dollars were the worst performing currencies in the overnight falling 0.38 percent and 0.34 percent against the U.S. Dollar, respectively. The Japanese Yen was also considerably weak, dropping another 0.19 percent versus the Greenback. It is worth noting that the European currencies have held up nicely in the face of risk-aversion (higher yields being shed for lower yielding, more liquid assets), with the EURUSD falling a mere 0.02 percent, at the time this report was written. To this end, the Swiss Franc is the top performer against the U.S. Dollar, down 0.1 percent on Wednesday. 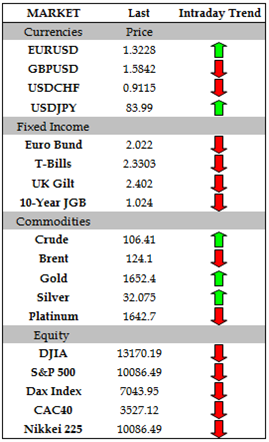 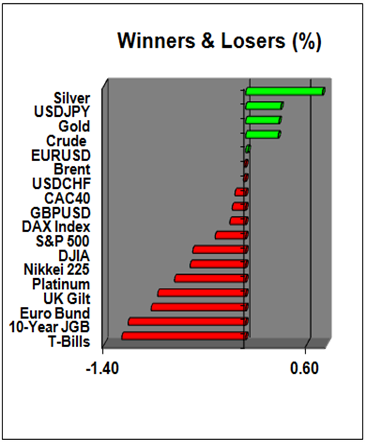 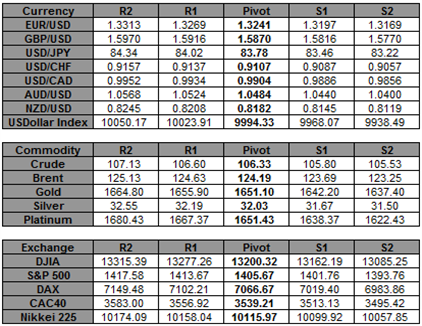