- Merkel Says Europe is ‘Good Way’ Up Mountain, Not over It – Bloomberg

- Wins in South for Santorum – WSJ

With volatility on U.S. equity markets at an extremely low level, the stage has been set for a major rally is higher yielding currencies and risk-correlated assets. Similarly, even though the Federal Reserve has softened its dovish tone, other major central banks, mainly the Bank of England, the Bank of Japan, and the European Central Bank, have all embarked on massive easing programs. My point: low volatility and excess liquidity should be creating an explosive risk-on environment.

While this may be transpiring in equity markets, currency markets are not taking the cross-market cue as credit begins to correct. As the Dow Jones Industrial Average trades at its highest level in nearly five-years and the S&P 500 nears the psychologically significant 1400 level, the U.S. Dollar has been a surprising stalwart in the currency markets. Similarly, U.S. Treasuries remain near historic lows (the 10-year yield had held above 2.00 percent yield for five consecutive days for the first time since the first week of December), a strong suggestion that the global economy is not out of the woods just yet.

Diving into European credit specifically, the German 10-year Bund yield jumped back to 1.932 percent yield, another sign that risk-appetite should have been bolstered today. Likewise, other core credit – Dutch and Finnish, mainly – also pared back their recent gains. Also weak on the day was Portuguese and Spanish debt, with 10-year yields climbing by 2.1-basis points and 3.2-basis points, to 13.121 percent and 5.131 percent yields, respectively. The divergence between Italian and Spanish debt continues, with the Italian 10-year bond yield falling to 4.829 percent. All these signs suggest a rally by the commodity and European currencies, yet this has failed to play out.

Overall, the New Zealand Dollar was the worst performer, falling 1.39 percent against the U.S. Dollar. At the time this report was written, the British Pound was the top performer against the Greenback, with the GBPUSD depreciating by a slight 0.03 percent. Meanwhile, the Japanese Yen continued to make headway against the commodity currencies, as was expected per this week’s fundamental forecast. With that said, the Yen is still the worst performer this year, with the USDJPY up by 7.98 percent year-to-date while the NZDJPY has appreciated an astounding 11.88 percent. 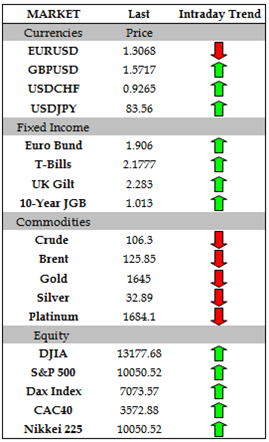 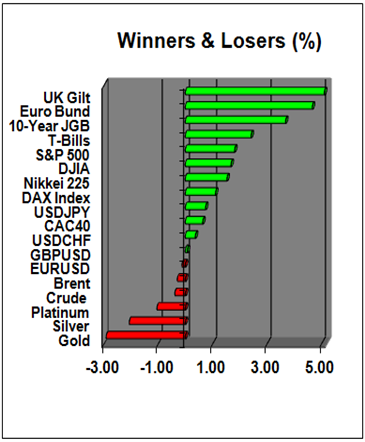 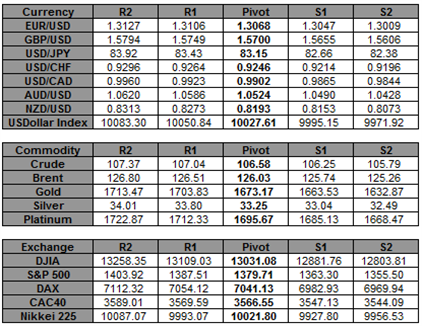