- Trade Deficit in U.S. Widens to Largest Since October 2008 – Bloomberg

Higher yielding currencies and risk-correlated assets took another step backwards in the overnight, although it was the European currencies that ultimately led the turn lower against the U.S. Dollar. A stream of poor economic data out of Asia and the Oceanic regions weighed on high beta currencies such as the Australian Dollar, while the Greek debt-swap negotiations hurt the Euro. The final boost to the world’s reserve currency came following the strong nonfarm payrolls report for the United States at 13:30 GMT.

In regards to the Greek debt-swap deal, approximately 80 percent of Greece’s private sector creditors agreed to swap their bonds late-Thursday. With such a high rate of participation, the Greek government announced that it would trigger the collective action clauses (CACs) that would bring participation up to 96 percent. The big decision comes after the International Swaps and Derivatives Association meets in London today, in which they are expected to determine whether or not the debt deal can be qualified as a credit event, in which case the CDS will be triggered.

Looking at data ahead of the U.S. cash equity open, the February nonfarm payrolls report was better than expected, with 227K jobs coming to the economy versus 210K forecasted. According to a Bloomberg News survey, the January jobs report was revised higher to 284K from 257K. Meanwhile, the unemployment rate held steady at 8.3 percent. The February labor market reading tallies the third consecutive month of at least 220K job growth or better. The U.S. Dollar firmed across the board following the reading as another positive labor market reading reduces the necessity for further stimulus from the Federal Reserve.

Overall, the Canadian Dollar was the top performer following the labor report, up 0.09 percent against the U.S. Dollar. Such a reaction comes as no surprise, given the relationship between the Canadian and U.S. economies; as the United States’ largest trading partner, positive data out of the United States often serves as a catalyst for a stronger Canadian Dollar. Elsewhere, following the labor market reading and the Greek debt deal, the Euro was the worst performer, depreciating by 1.08 percent against the U.S. Dollar. The highly-correlated Swiss Franc was down 1.07 percent itself. If the CDS on Greek debt are not triggered, the Euro could rebound substantially; short Euro positions should be monitored carefully. 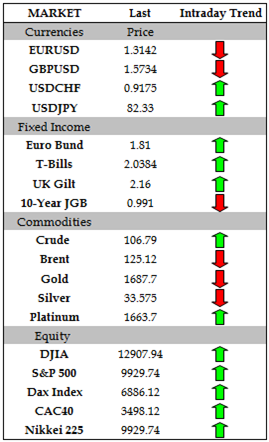 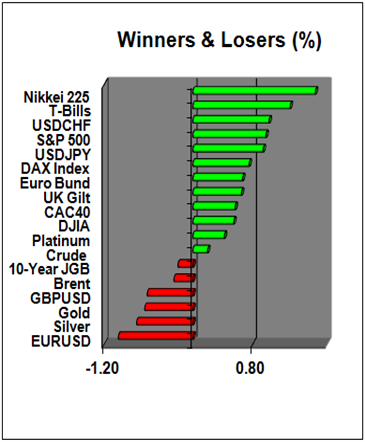 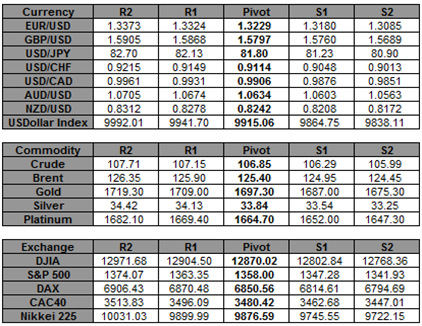