Higher yielding currencies and risk-correlated assets took a turn higher again on Thursday on the back of stronger than expected Chinese and European manufacturing surveys. Meanwhile, as the European Central Bank’s long-term refinancing operation matriculates into the market, an extra cushion for liquidity has been added that is supportive of risk-trends in the short- and medium-term.

With that said, price action was rather uninspiring in the overnight. The commodity currencies posted modest gains against the U.S. Dollar while the Euro and Swiss Franc depreciated slightly themselves. The Euro stands to be among the worst performing currencies this year, especially against the commodity currencies, for two reasons. First, the Euro is facing its own downside pressure given the recessing Euro-zone region. Secondly, the ECB has embarked on a substantial easing policy, one that will ultimately prove dilutive to the currency.

To this end, with extra Euros in the global financial system, institutions will then sell Euros and buy higher yielding currencies, such as the Australian and New Zealand Dollars, to capture “yield.” Going forward, I am extremely bearish the Euro versus the commodity currency block, barring any unforeseen tail-risks.

Taking a look at credit, the effects of the ECB’s LTRO are already starting to show. Italian and Spanish 10-year bonds have both moved below the 5 percent threshold, trading at 4.918 percent and 4.830 percent yields, respectively. Still, concern remains, with the Portuguese 10-year bond falling back above the 13 percent threshold. Portugal is the biggest impediment going forward to a stable European financial market going forward, discounting major fallout from a Greek default triggering the credit default swaps (CDS).

Overall, the Canadian Dollar has been the best performing currency on Thursday, appreciating by a modest 0.51 percent against the U.S. Dollar. The other commodity currencies, the Australian and New Zealand Dollars, were the next best performers, up 0.45 percent and 0.31 percent, respectively. China’s PMI manufacturing print can be cited as a catalyst for this rise, considering the print outpaced the prior and forecast meeting. As expected, the Euro has been the worst performing currency following the ECB’s dilutive measure, the LTRO, yesterday. 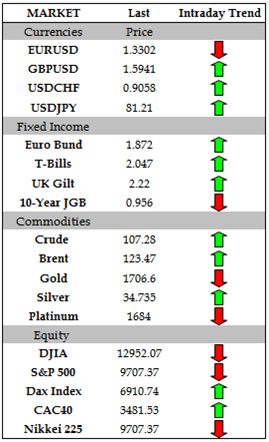 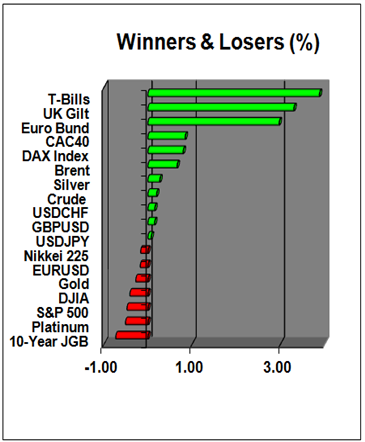 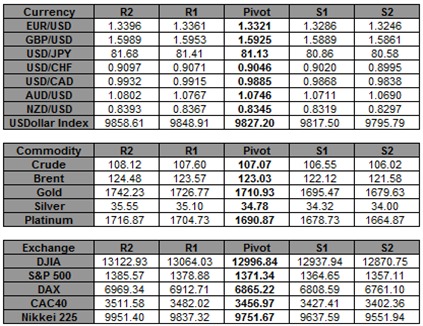