- GDP Revised up to 3 Percent in Fourth-Quarter – Reuters

Higher yielding currencies and risk-correlated assets were well-bid in the Asian session, but the majority of the move higher came after the European Central Bank’s final long-term refinancing operation (LTRO) at approximately 10:30 GMT. The shift to riskier assets took off early in the European session as €529.5 billion was injected into the financial system via three-year loans to 800 banks.

With the total take-up exceeding economists’ forecasts, it appears that the European financial system may not be as healthy as previously thought. While many major banks stayed on the sidelines, the influx of capital into Italian and Spanish banks gives credence to the idea that, without ECB intervention, Italian and Spanish debt would be well-above the 7 percent yield “sustainable” threshold.

Risk-appetite was boosted an hour before the U.S. equities cash open following the release of the revised fourth quarter gross domestic product print for the United States. Upon further data collection and examination, the headline figure was revised up to 3.0 percent from 2.8 percent while personal consumption was revised higher to 2.1 percent from 2.0 percent. Consumption is the most important component of the growth figure, as it makes up approximately 70 percent of total GDP in any given period.

Taking a look at credit, Italian and Spanish debt was well-supported ahead of trading in New York, with the Italian 10-year bond yield falling to 5.175 percent. Meanwhile, despite the ECB’s LTRO, Greek and Portuguese debt remained under pressure, with the former climbing by 15-basis points and the latter climbing by 78-basis points, at the time this report was written.

Overall, the day has panned out as expected given the ECB’s LTRO, with all of the majors rallying against the Euro and the highly correlated Swiss Franc (EURUSD and USDCHF have held a significant -0.93 correlation since the Swiss National Bank pegged EURCHF at 1.2000 on September 6). Still, the EURUSD was barely lower, down 0.09 percent, at the time this report was written. Considering the liquidity boosting measure also sparks risk-appetite, it is even less surprising that the commodity currencies are the top performers on the day. The New Zealand, Canadian, and Australian Dollars were up 0.92 percent, 0.66 percent, and 0.65 percent, respectively, with the majority of upside momentum occurring after the ECB’s LTRO at approximately 10:30 GMT. 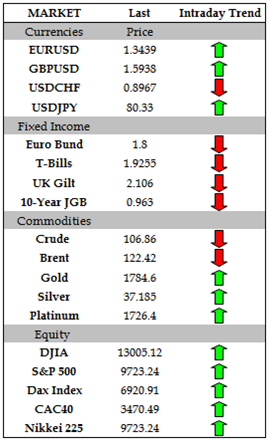 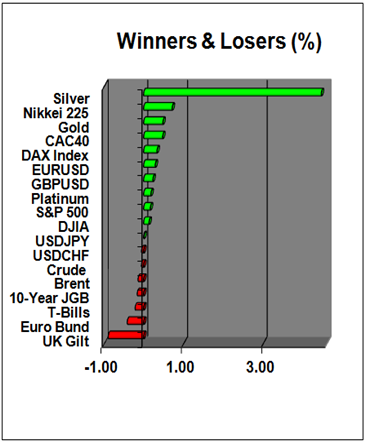 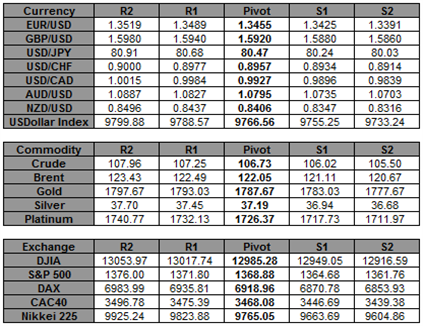