Euro Posts Modest Gains Ahead of ECB's LTRO on Wednesday

- Gold Firms with Euro, Stocks Ahead of ECB Financing – Reuters

With the first notification of a Greek default in the rearview mirror, market participants have already started looking ahead to the next major milestone in the European sovereign debt saga: Wednesday’s long-term refinancing operation by the European Central Bank. Despite the operation being ultimately dilutive to the Euro in nature (adding more Euros to the system diminishes their value), the Euro staged a small rally on Tuesday ahead of trading in New York.

This is the ECB’s second such liquidity operation in the past three months, with the first one in December showing a €498 billion take-up by European banks. The impact of all this extra liquidity sloshing around in the system is undeniably bullish: the FX Carry Trade index is up 5.27 percent this year. Now that all this extra cash is floating around in the global financial system, the outcome of the second LTRO is likely to be different. Early estimates expect somewhere in the range of €300 to €600 billion of additional take-up by European banks. The amount borrowed from the ECB is key for one simple reason: market sentiment.

On the other hand, if the total amount borrowed from the ECB is more than expected and at the larger end of the range, the Euro will be weighed down by the dilutive effect of the extra funds. However, as we’ve already seen this year, having extra liquidity in the system is bullish, as it would provide extra ‘insulation’ to banks when the sovereign debt crisis rears its ugly ahead in the coming months. The takeaway here is that the LTRO is a proxy to market confidence: the larger the LTRO take-up, the less confident European banks are.

Overall, there was still little clear direction in terms of “risk-on” and “risk-off” in the Asian and European sessions, with the Australian and New Zealand Dollars leading the declines ahead of U.S. cash equity open on Tuesday. In terms of the top performers, the Euro and the Swiss Franc were outperforming their peers, gaining 0.31 percent and 0.29 percent against the U.S. Dollar, respectively. Meanwhile, the Yen continues to rebound against the U.S. Dollar, though as long as the USDJPY holds above 78.174 – the 61.8 Fibonacci retracement on the February move higher – the trend remains to the upside. 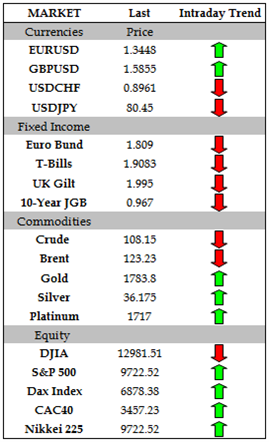 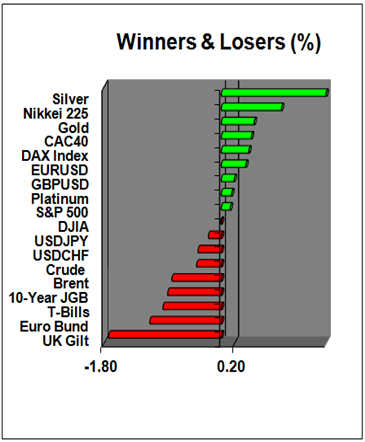 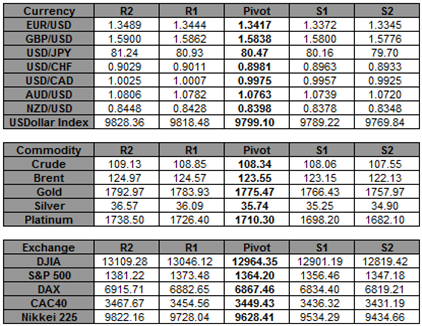