- Israel Strike Could Push U.S. to War with Iran – Bloomberg

Trade in the overnight session could hardly be characterized as either risk-on or risk-off, as the U.S. Dollar was in the middle of the pack ahead of trading in New York. The commodity currencies and the Japanese Yen had struggled, trading slightly lower (in the Yen’s case, significantly lower than its counterparts), while the European currencies traded slightly higher. In terms of the commodity currencies, a pullback or at least consolidation may is warranted, with highly correlated equity markets (mainly, the Dow Jones Industrial Average and S&P 500) flashing short-term overbought signals.

Disregarding Europe for today (a difficult endeavor recently considering the market has been trading from headline to headline based on European developments), the Japanese Yen warrants a further discussion. The USDJPY has been an absolute rocket (as have all xxxJPY pairs) in February, up 5.55 percent. By comparison, the EURJPY is up 8.20 percent in February.

The USDJPY has now broken through its August 4 intervention levels, trading at its highest exchange rate since July 11. With the Bank of Japan showing preemptive action to curb the Yen’s advance, it appears a major bottom has been put in place around the 76.000 exchange rate. For now, we maintain a yearend target of 90.000 for USDJPY, though considering the deteriorating fundamentals of the Japanese economy, our target could be revised higher to 95.000 in the coming months.

As noted earlier, the Japanese Yen has been the worst performing currency on the day, falling by 0.93 percent against the U.S. Dollar. On the other side of things, the British Pound has been the best performer, up 0.77 percent against the Greenback. The Euro and the Swiss Franc continue to strengthen as well (no surprise given the -0.93 daily correlation between the EURUSD and USDCHF since the September 6 floor in EURCHF by the Swiss National Bank). With an intermediate ascending channel in place in EURUSD, a path to 1.3600 has been cleared now that the pair has broken above its 100-DMA. 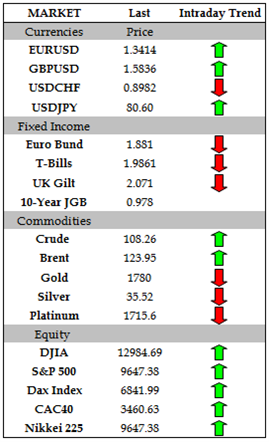 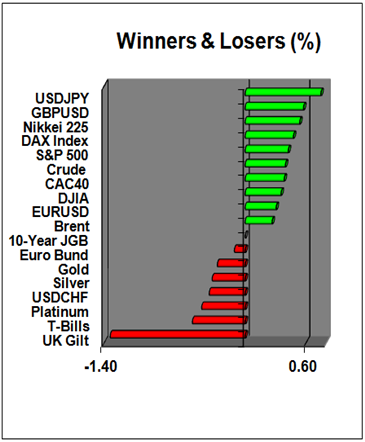 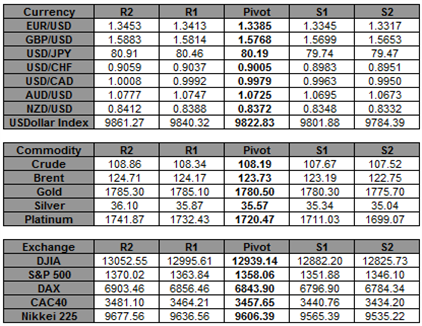