But for a small dip at the start of the Asian trading sessions, Thursday has been a slow grind higher by higher yielding currencies and risk-correlated assets. The Australian Dollar, briefly flirting with breaking the 1.0600 level, traded above 1.0700 momentarily ahead of trading in New York. The impetus for the rally was not on the back of headlines, however; instead, it was on constructive economic data out of Europe (Greek news helped as well).

The German IFO survey soared in February, coming in at 109.6, well-above the 108.3 prior reading and 108..8 forecast, according to a Bloomberg News survey. As businesses in Germany, Europe’s largest economy, are becoming more optimistic, it is likely that the Euro finds some support in the near-term. With that said, the EURUSD needs to post a weekly close above the 100-DMA at 1.3305, in order to clear a path towards intermediate and long-term trend resistance at 1.3600.

In regards to Greece, which remains an issue despite the €130 billion bailout package, the Hellenic Parliament approved a law today that enabled the process for private creditors to swap their bonds. The PSI deal will reduce Greece’s debt load by €100 billion, slimming the country’s debt-to-GDP ratio from 160 percent to 120 percent by 2012, according to some estimates (I personally believe that these targets, like others set forth in the past, are far too optimistic and another bailout will be needed before all is said and done – and even then the situation won’t have concluded).

Overall, the U.S. Dollar was the worst performing currency on the day, falling the most against the New Zealand Dollar and the Euro, while slipping slightly against the Japanese Yen. The Kiwi and the Euro posted 0.49 percent and 0.44 percent gains, respectively, while the USDJPY fell by 0.12 percent. While the Yen typically lags the other majors when risk-appetite strengthens, it is worth noting that the Yen is the worst performing major this year, with the USDJPY appreciating by 4.13 percent in 2012 thus far. 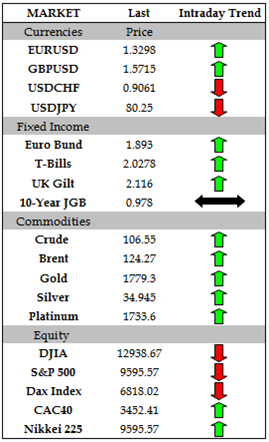 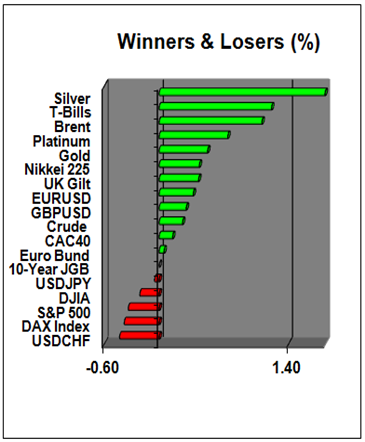 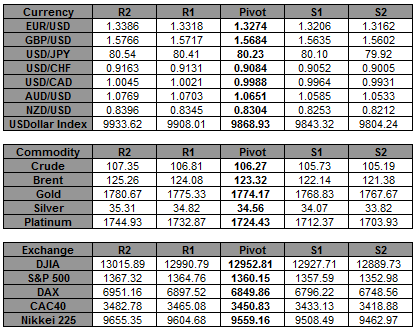