The move to risk-aversion continues, even as the EURUSD has steadied following the second Greek bailout yesterday. Indeed, higher yielding currencies and risk-correlated assets have continued to weaken this week, with the commodity currencies posting a second day of losses. Price action to the downside today has been capped by better than expected data out of China and better than expected industrial data from the Euro-zone.

However, despite two “better” data prints, data elsewhere and developments out of Greece have tempered market enthusiasm of a continued rally. Manufacturing and service surveys from France, Germany, and the broader Euro-zone all disappointed to the downside, lending to the notion that the Euro-zone is headed for a recession. I continue to maintain this bias, and believe that the sovereign debt crisis, which has seen severe austerity measures implemented across the Euro-zone, will only exacerbate the downturn across the continent.

In regards to Greece, Fitch Ratings cut the country’s long-term sovereign debt rating to C from CCC. Fitch noted that the new rating indicates “that default is highly likely in the near-term.” This is, of course, unsurprising and expected, considered the measures set forth by Euro-zone leaders to solve the debt crisis – adding more debt to an already overbearing debt burden – will only make matters worse. Although there was little reaction following the downgrade, it only will increase speculation that other rating agencies will follow suit, adding evidence that a Greek default will be detrimental to market sentiment, ultimately raising questions about the viability of the debt-reduction measures implemented in other periphery nations.

Overall, the Swiss Franc was the top performing currency on the day, posting a meager 0.07 percent gain against the U.S. Dollar. Aside from the Franc, the Euro and the U.S. Dollar were the next best performers, with the EURUSD flat on the day. The British Pound has been the worst performing currency thus far, posting a 0.79 percent decline against the Greenback following the Monetary Policy Committee’s minutes this morning, which suggested that some additional easing by the Bank of England may be coming in the future. 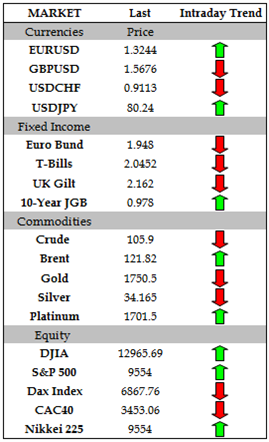 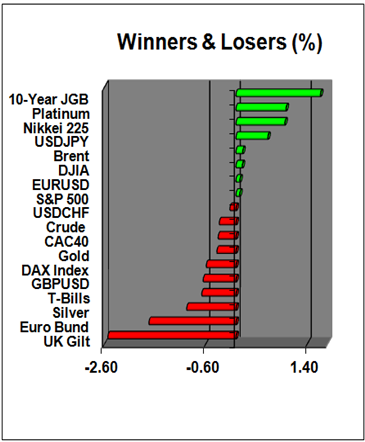 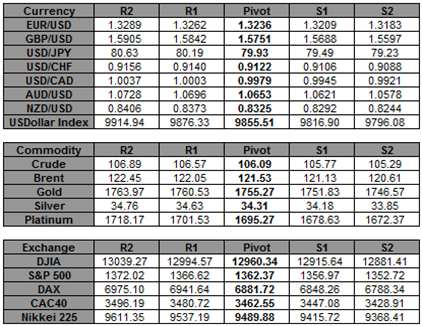