Greece Gets Bailout but EURUSD Fails to Post Meaningful Gains

- Iran Says Would Act Against Enemies if Endangered – Reuters

Price action in the overnight was volatile, but underscores my main critique of current market conditions: participants remain anxious and continue to trade based on headlines. Such was the case ahead of and after the official announcement of the Greek bailout deal, when higher yielding currencies and risk-correlated assets plummeted before rebounding and then some. The AUDUSD best exemplified this trend earlier today: the pair fell by approximately 60-pips in an hour on rumors that officials were far apart on the deal; and within five minutes of the announcement, it had retraced all of its losses and more (gaining 70-pips).

Before delving into the performance of various asset classes, a quick discussion is warranted on the details of the Greek program. Overall, €130 billion in aid was agreed upon in Brussels, bringing the total aid given to Greece, Ireland, and Portugal to at least €386 billion over the past few years. Private investors will be asked to take a 53.5 percent haircut on their bond holdings, assuming a 95 percent participation rate. This, in my opinion, is far too optimistic, and will lead to further turmoil down the road. Additionally, with the €325 million in extra cuts from the Greek budget agreed upon, it is likely that protests resume in Athens as the cuts are likely going to come from social outlays and labor benefits, if not straight-forward employment.

At the end of the day, considering how perfectly in place the pieces will need to fall for this bailout and said reforms to make the necessary changes to help revitalize the Greek economy, I do not believe that a Greek default is off the table. In fact, I would say that the chances of a Greek default are enhanced. With the bond swaps expected to conclude around March 10 – the day of the next Greek bond redemption – I would expect the collective action clauses (CACs) to be triggered thereafter, with a Greek default being officially declared by March 23.

Taking a look at credit, the biggest beneficiary of the bailout, to no surprise, were Greek bonds, with the 10-year bond yield declining to 29.517 percent. Elsewhere, the Italian and Spanish 10-year bonds also showed signs of improvement, with the respective yields declining to 5.417 percent and 5.059 percent. Overall concerns are not entirely abated, with the weakening Irish and Portuguese 10-year yields providing evidence that market participants aren’t convinced that the sovereign debt crisis is over.

Overall, the Euro and the U.S. Dollar were the top performers on the day, unchanged against one another. Even as the Euro rebounded against the commodity currencies, the reaction by markets suggests that higher yielding currencies and risk-correlated assets stand to depreciate in the short-term as some of the Greek issues remain unresolved. The Australian and New Zealand Dollars were the worst performers, declining by 0.70 percent and 0.48 percent, respectively. 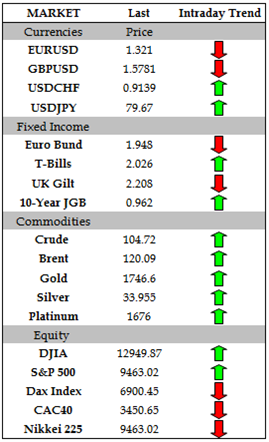 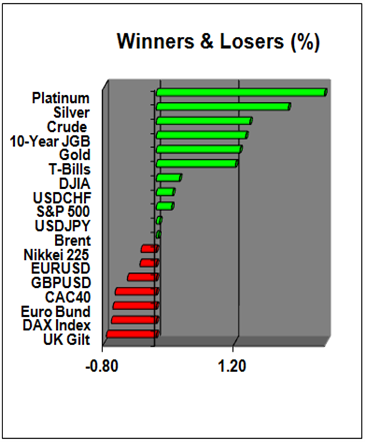 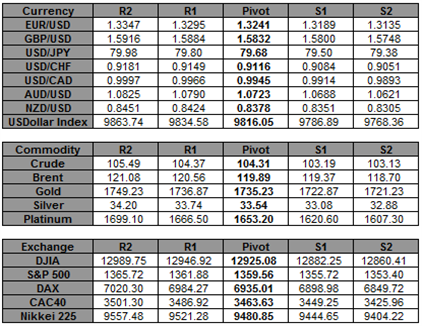