Overnight price action yielded little indication of whether Friday would be a risk-on or risk-off day to end the week. The U.S. Dollar was slightly stronger against the Australian and Canadian Dollars, while the New Zealand Dollar was tied with the Euro for the top performer. Ranges were tight, however, with all of the majors – save the Japanese Yen – trading within a +/- 0.30 percent range against the U.S. Dollar, at the time this report was written.

The big news – or what should be big news – is that the European Central Bank has participated in a Greek bond swap. According to sources, however, the bonds are simply being rolled over: the ECB will receive similar bonds at the same value. As per information DailyFX Quantitative Analyst David Rodriguez has notified me of, it appears that the ECB may also be considering allowing the Greek bonds held in national Euro-zone banks’ portfolios to be subjected to the same conditions private investors are readying to take.

Beyond this, the International Monetary Fund has tentatively announced that it will only contribute €13 billion of the €130 billion in the second bailout package, which means, should this be the case, Euro-zone governments will have to up their contributions (the European Troika is looking rather weak in this regard). Given the rhetoric out of Dutch, Finnish, and German parliaments, I remain highly skeptical that this will occur. Greece will default, and while I’ve previously stated that this could happen in mid-March, this accelerates the timetable to as soon as this weekend.

As mentioned in yesterday’s report, on Wednesday, Greek President Karolos Papoulias blatantly attacked the Euro-zone core – the group tasked with saving Greece – saying, “Who is Mr Schaeuble to insult Greece? Who are the Dutch? Who are the Finnish?” This infighting is not to be taken lightly; the renationalization of Europe would result in a politically fractured continent and the breakup of the Euro-zone. For those that disagree, the cultural heterogeneity of the region will make it impossible to have sustainable peace over the long-term, and that a unified and peaceful Europe is an outlier in the grand scheme of human history.

Overall, the Euro was the top performer on the day at the time this report was written, just up over 0.20 percent. The most interesting price action by far comes from the USDJPY, which now having declined by over 0.42 percent at the time of writing, has pared over 2.00 percent in just the past week alone. This comes after the Bank of Japan announced another stimulus package totaling ¥10 trillion ($128 billion), to be used to boost asset purchases in order to help pull the country out of a two decade long deflationary spiral (it will not).

As discussed in last week’s Japanese Yen Weekly Fundamental Forecast, I expect these measures to fail once more, and that the simple effort of flooding the market with liquidity has and will prove ineffective. The USDJPY is expected to continue to strengthen over the course of the year, ultimately settling at or above 90.000. 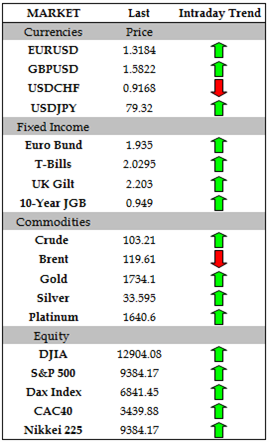 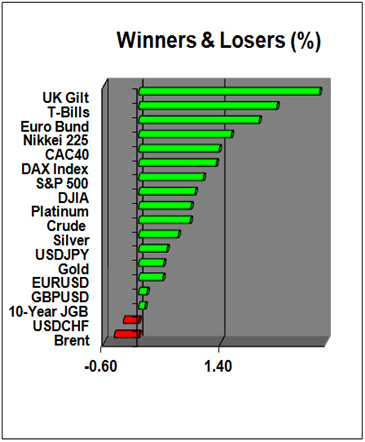 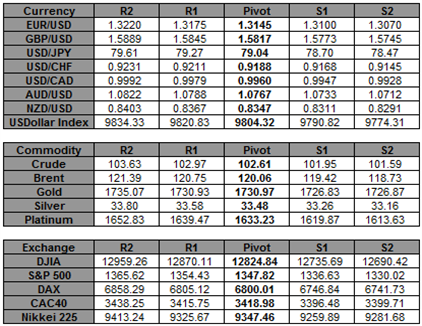