- Iran to Load Own Nuclear Fuels in Tehran Reactor – Reuters

Higher yielding currencies and risk-correlated assets rebounded following yesterday’s poor performance, though it comes on the back of surprising data and unforeseen fundamental developments, events the market could not have priced in. While the New Zealand retail sales and Australian confidence figures were more than enough to provide some support to the carry trade, it was the Chinese pledge to the Euro-zone that broadly supported risk-appetite ahead of trading in New York (which, at the time this report was written, had already declined substantially considering everything was predicated around rumors).

Speaking of the Euro-zone, on a day that Chinese Vice-Premier Li Keqiang said that China’s development allows for great cooperation with the Euro-zone and that the Asian titan will provide support during the debt crisis, one would expect the Euro to find buying interest. Such has not been the case today. In fact, the Euro was the worst performing major on the day (aside from the manipulated Swiss Franc). What gives?

Greece, of course, is to blame for the Euro’s woes once again. This time, it’s not political squabbling, but rather the fear of future political squabbling! Indeed, with the Euro-zone now looking for ways to avoid giving Greece a second bailout package until after the April elections, it’s clear the country will be required to take a temporary loan (or a bridge loan), in order to get the country through the March 20 bond redemption While this would help Greece avoid a default in the near-term, it still does not solve the longer-term issues.

Rounding back to what I said to about future political squabbling, it is clear that Euro-zone leaders are well-aware of the political implications of the April elections: the appointed leader in favor of the bailouts, Lucas Papademos, will likely be replaced by an elected leader in favor of not in favor of the bailouts, such as Antonis Samaras. As the leader of the right-wing New Democracy party, there is growing fear among Euro-zone leaders that Samaras would want to renegotiate the terms of the second bailout should he be elected. Knowing this, a bride loan to help Greece avoid a default would be ideal for Euro-zone leaders, while the rest of the funds would remain uncommitted when Greece leaves the Euro-zone at some point this year.

Overall, the Australian and New Zealand Dollars were the top performers on the day, appreciating by 0.48 and 0.52 percent against the U.S. Dollar, respectively, at the time this report was written. After the past few days of poor performance, the Japanese Yen has steadied a bit, posting a slight gain against the Greenback. Another former safe haven, the Swiss Franc, lagged the pack as the EUR/CHF peg has all but made the Franc a proxy for the Euro. Aside from the Swiss Franc, the Euro was the worst performing major, down 0.23 percent against the U.S. Dollar ahead of trading in New York. 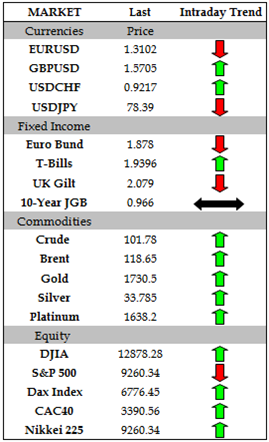 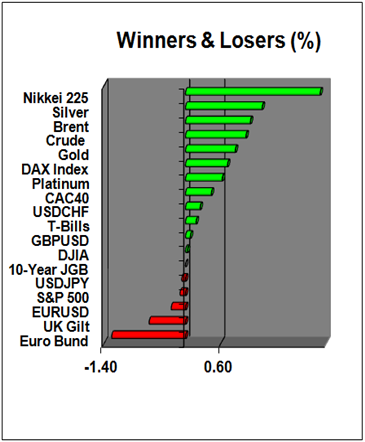 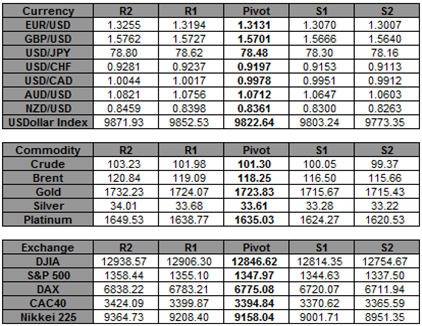