Don't Call it a Comeback (Yet): U.S. Dollar Rebound Back on Track

- Moody’s Warns May Cut AAA-Rating for U.K. and France – Reuters

Higher yielding currencies and risk-correlated assets took a step backwards in the overnight, erasing yesterday’s gains following the Greek parliament passing the next round of austerity measures on Sunday. The seeds were sown early for a risk-off day, as Moody’s Investors Services downgraded Italy, Portugal, and Spain, while warning it could cut the ‘AAA’ ratings of Austria, France, and the United Kingdom. Although the commodity currencies staged a brief comeback shortly after European trading opened, high beta assets were trading close to their session lows ahead of trading in New York.

Ahead of the North American open, data out of the United States was hardly constructive enough to buck the flight to safety on Tuesday. On the back of disappointing automobile sales figures, the Commerce Department reported that retail sales grew by a meager 0.4 percent in January, half of the estimated 0.8 percent rise forecasted, according to a Bloomberg News survey. Taking a closer look at the data, sales excluding automobiles climbed by 0.7 percent, above expectations, marking the biggest gain since March 2011.

Although it has not been reflected in the headline readings yet, data prints like today’s retail sales figure underscore the fragile nature of the American recovery and her growth prospects going forward. For starters, the participation rate in the United States is at its lowest level in three decades, suggesting that the labor market is getting worse rather than better; the 8.3 percent unemployment rate is terribly misleading. Furthermore, as per the most recent spending figures, Americans are spending less as prices increase. This highlights the important relationship of real wage growth, in so far as to say that if wages don’t keep up with the rate of inflation, consumers will spend less money. Consequently, with the savings rate at its lowest rate in nearly five years, it is clear that aggregate effect of the aforementioned data will eventually lead to a downturn in the U.S. economy later this year, without another massive intervention effort by the Federal Reserve (one which I am vehemently opposed against).

Overall, while the commodity currencies were among the biggest losers, the Japanese Yen was actually the worst performer on the day. The USD/JPY is now trading at its highest exchange rate since January 25. This comes after the Bank of Japan announced another stimulus package totaling ¥10 trillion ($128 billion), to be used to boost asset purchases in order to help pull the country out of a two decade long deflationary spiral.

As discussed in this week’s Japanese Yen Weekly Fundamental Forecast, I expect these measures to fail once more, and that the simple effort of flooding the market with liquidity has and will prove ineffective. The USD/JPY is expected to continue to strengthen over the course of the year, as investors send money back into the U.S. economy, as the Federal Reserve holds back on another round of quantitative easing, and the Bank of Japan continues to talk down and intervene in the Yen. 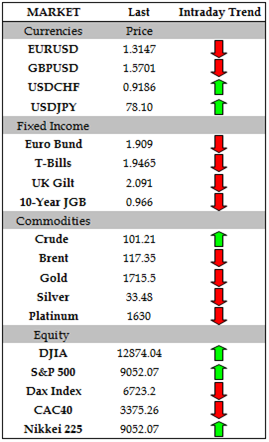 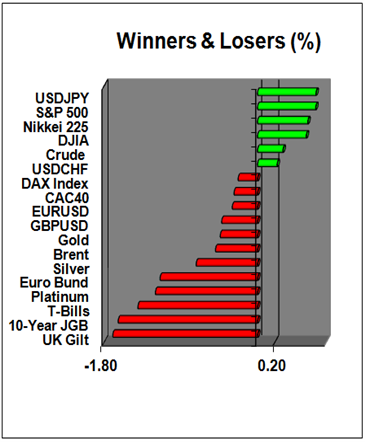 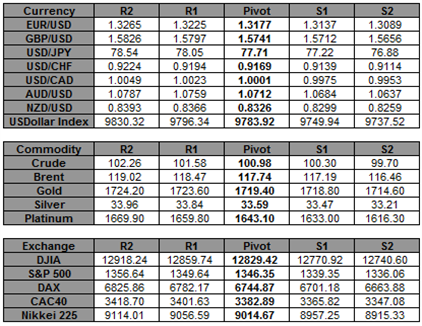