• Iran has Capability to Hit U.S. Forces Round the World – Reuters

Higher yielding currencies and risk-correlated assets consolidated in the overnight, though the commodity currencies continued their meteoric climb higher during the first six-weeks of 2012. Although apprehension remains over whether or not Greece will cave into European Troika demands, the Euro was able to climb the wall of worry to a seven-week high against the U.S. Dollar. Greek Prime Minister Lucas Papademos remains in negotiations with other Greek political leaders, but elsewhere, it appears patience with Greece is running thin.

German lawmakers are to vote next week on the proposed bailout package, and if the vote fails, the European Central Bank would be blocked from exchanging its holdings of Greek debt for European Financial Stability Facility (EFSF) bonds. In the event of such an occurrence, we would expect significant downside pressure on the Euro, as it would all but guarantee a disorderly Greek default.

Taking a look at credit markets, the recent Greek developments (or lack thereof) have inflicted collateral damage on the Euro-zone’s peripheries’ bonds. While the Italian 10-year bond held flat on the day at 5.562 percent, the Greek counterpart jumped back to 29.890 percent, a dramatic 111-basis point move. Spanish debt is coming under fire as well, with the yield moving up to 5.201 percent; the spread between the German and Spanish 10-year bonds is now at its widest level since January 26.

Moving on to commodities, crude oil jumped back over the $100 per barrel threshold, as fresh tensions between the West and Iran have made war, or at least violent conflict, an increasingly likely outcome in the coming weeks and months. Should Iran close the Strait of Hormuz, crude oil would likely spike to levels unseen since mid-2008. Gold and silver were mostly unchanged at the time this report was written, while base metals were considerably stronger on the day, with aluminum leading the pack.

Overall, the Australian, Canadian, and New Zealand Dollars were the top performers on the day, broadly supported by the performance of base metals amid more optimistic housing prospects out of China. The Euro was down a slight 0.02 percent against the U.S. Dollar, while the lower yielders, the British Pound (0.50 percent), the Japanese Yen (0.10 percent), and the Swiss Franc (0.00 percent) trailed the pack. As expected, the European currencies continue to trail the commodity currencies year to date, as significant easing policies by European central banks dilutes the value of their respective currencies while encouraging risk taking; to this end, it comes as little surprise that the GBP/NZD is one of the worst performing currencies in 2012. 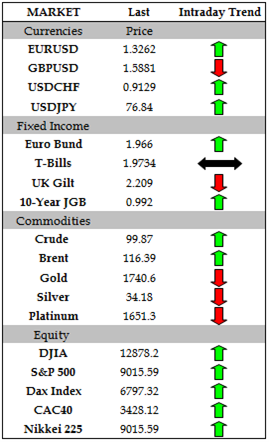 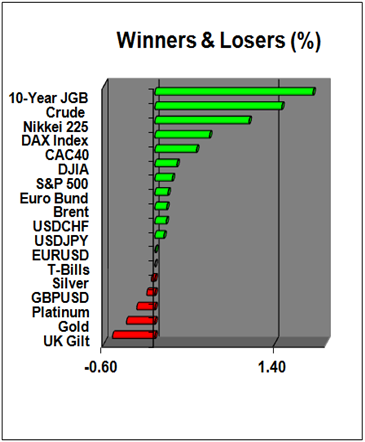 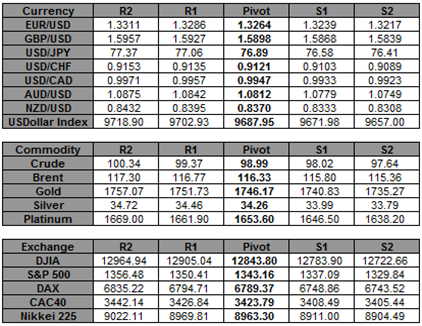