Higher yielding currencies and risk-correlated assets were well-bid throughout the European session, as optimism over the Euro-zone’s bailout fund took hold early on Tuesday. Although markets sold off throughout Asia, news that the Slovak government had approved the Euro-zone’s permanent bailout mechanism proved strong enough to warrant a turnaround in risk-appetite partway through the session.

Taking a look at credit markets, strength in Italian and Portuguese bonds sparked similar moves in risk-correlated assets. It’s evident that the European Central Bank remains in the secondary market, with the Portuguese 10-year bond strengthening by 68-basis points, at the time this report was written, to a 14.262 percent yield. It’s of my belief that the ECB is working diligently to push down periphery yields ahead of next week’s February policy meeting, so that President Mario Draghi can affirm that his unconventional policies are working.

Moving on to commodities, it becomes even clearer how fragile the current rally being staged by higher yielding currencies and risk-correlated assets actually is. Gold climbed above $1750.00 per ounce, while silver continued its strong January, now up 22.14 percent. But why are precious metals outpacing other asset classes? This is a clear indication of market participants hedging against further monetary policy easing by Western central banks, which in turn would make their respective fiat currencies, such as the Euro and the U.S. Dollar, weaker in real terms. Precious metals have long-served as a hedge against inflation and a debased currency; this is nothing more than that.

Overall, we have the making of another classic risk-on day, with the higher yielding currencies outperforming their lower yielding counterparts. At the time this report was written, the AUD/USD was the best performer, up 0.85 percent on Wednesday, With the Eurodollar failing to crack the 1.3200 level with meaningful conviction, and the U.S. Dollar Index sitting on support from mid-November, it appears that the world’s reserve currency is due for a correction ahead of Friday’s nonfarm payrolls. 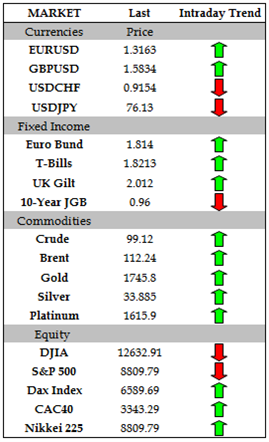 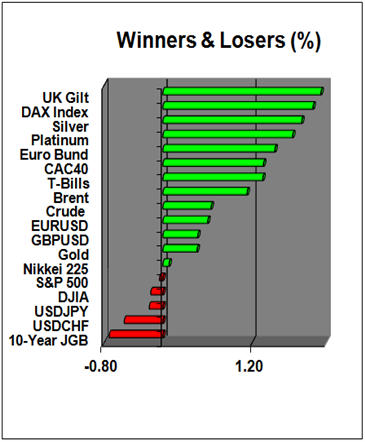 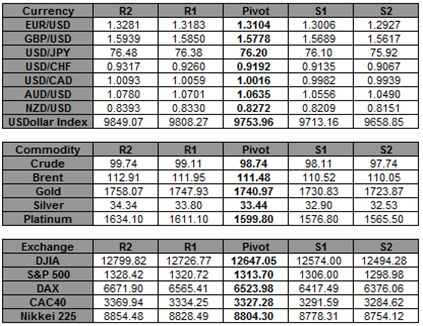