Kiwi Powers Ahead, Euro Barely Up Amid Swirling Bailout Rumors

The U.S. Dollar continued to take a beating in the overnight, despite having a constructive advance to start the week yesterday. The commodity currencies, the Australian, Canadian, and New Zealand Dollars, continued their strong start to the New Year, as European leaders inched closer towards reaching an agreement on a $600 billion rescue fund and a deficit-control treaty. Still, the proposals set forth at present time do not address the structural issues in place, including trying to stoke growth under the massive weight of austerity. The current rally by higher yielding currencies and risk-correlated assets fits neatly in with the “buy the rumor, sell the news” mantra, and we expect the U.S. Dollar to rebound ahead of Friday’s nonfarm payrolls.

Taking a look at the credit markets, it’s evident that the European Central Bank is back in the secondary markets, this time soaking up Portuguese debt. The 10-year Portuguese bond yield had contracted to 14.837 percent, down from 15.525 percent when this report was written yesterday. Similarly, Italian and Spanish 10-year bonds tightened relative to their German counterpart, a strong sign for another strong day by higher yielding currencies and equity markets.

Moving on to commodities, it becomes even clearer how fragile the current rally being staged by higher yielding currencies and risk-correlated assets actually is. Gold climbed within a few dollars of $1750.00 per ounce, while silver continued its strong January, now up 22.19 percent. But why are precious metals outpacing other asset classes? This is a clear indication of market participants hedging against further monetary policy easing by Western central banks, which in turn would make their respective fiat currencies, such as the Euro and the U.S. Dollar, weaker in real terms. Precious metals have long-served as a hedge against inflation and a debased currency; this is nothing more than that.

Overall, the New Zealand Dollar was the best performer of the day, up 1.23 percent against the Greenback, at the time this report was written. Similarly, the Australian Dollar was up modestly, followed by the British Pound and Canadian Dollar. Speaking of the Sterling, it has now rallied eleven of the past twelve days, and is headed towards being overbought on the daily RSI. It is worth noting that the British Pound has not had a daily overbought reading since late-April, and such an occurrence would necessarily shift our medium-term technical bias to the upside. Amid all of this, the Euro was softer relative to its peers, up a mere 0.15 percent against the U.S. Dollar. The Euro, which had been the powerhouse of the recent rally, has seen some of its strength fade in recent days, a sign that the market may be exhausted and due for a pullback. 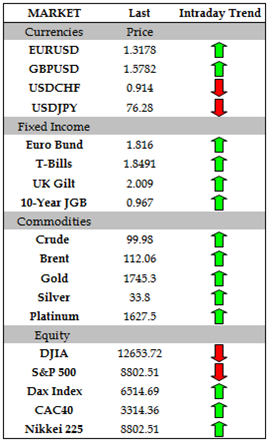 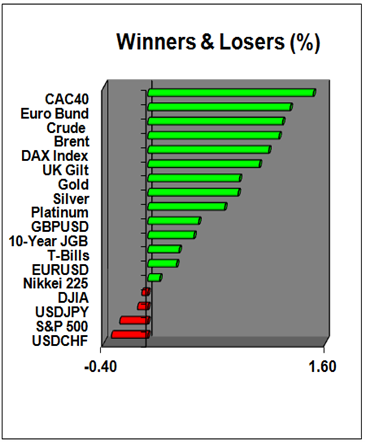 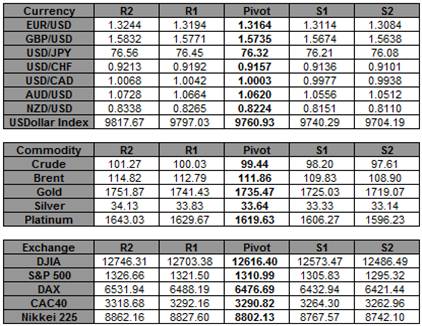