It appears a new trend has emerged, one that is indicative of a top forming across higher yielding currencies and risk-correlated assets. As my colleague Jamie Saettele has noted, after the U.S. session has closed, there has been a slight sell-off, culminating in a bottom being put towards the end of Asian trading, with new highs set in afternoon trading in New York. Today, however, the script has been flipped: markets topped in European trading and moved lower ahead of trading in New York. That’s to say that during the more liquid trading hours; market participants have bid higher lower yielding and safer assets.

Overall, the U.S. Dollar was the worst performing major currency on the day, though it was unchanged against the Australian Dollar, at the time this report was written. Quizzically, the Japanese Yen was the top performer, and I believe this is the first move lower in what will be an advance towards a new record low in the USD/JPY. Accordingly, I expect the Bank of Japan and/or Ministry of Finance to become extremely vocal in its anti-Yen position in the coming weeks, culminating in another intervention late in the first quarter or early in the second quarter. 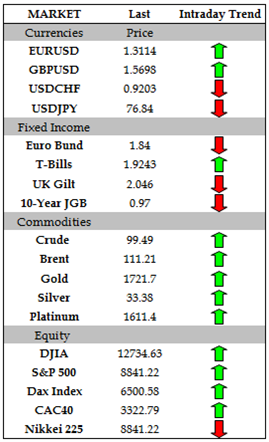 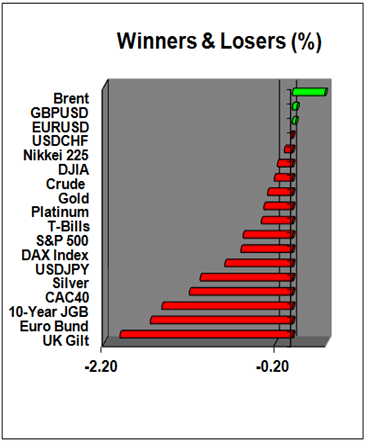 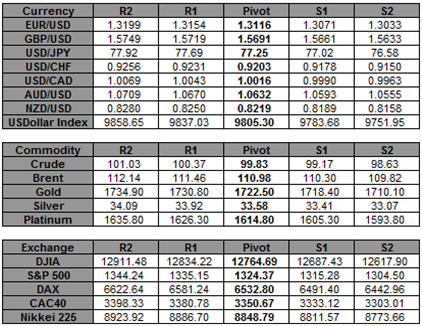