U.S. Dollar on Top Ahead of Critical FOMC Meeting

Price action was very choppy in the overnight, though, for the first time in what has seemed like weeks, the Asia sell-off / Europe rally trend was broken. Following Australian inflation data last night, market participants bid higher yielding currencies and risk-correlated assets higher, though the rally stagnated by the European session open. The sell-off in the first part of European trading is rooted in two causes: poor British growth figures; and a further breakdown in the Greek bondholder negotiations.

Not much needs to be said about the poor British gross domestic product reading for the fourth quarter; I have long stated that the British economy is stagflating. While inflation has eased in recent months, it remains above the two percent threshold set by the Bank of England; the labor market continues to weaken; and now growth has turned negative.

In terms of the Greek bondholder swap negotiations, it appears that both the Institution for International Finance (IIF) and Greek officials have walked away from the table. The major sticking issue appears to be whether or not the European Central Bank will participate in the haircuts being levied on private sector bondholders. It’s been established that no such event will take place. This, being the main sticking point, is creating more than a stir; the International Monetary Fund (IMF) today suggested that the ECB agrees to the haircut so that the issue is finally resolved.

Taking a look at credit markets, risk-appetite appears to have been stemmed across Europe, with German bunds approaching all-time record low yields (higher prices) while French and Italian 10-year bonds widened against their German counterpart. The Portuguese 10-year bond is under substantial pressure, with the yield moving up to 13.492 percent, as the country mulls options, including requesting another bailout, to help the economy turn around. This situation will only get worse without further intervention; and I would argue that Portugal is close to becoming the next major issue in Europe, ahead of Italy and Spain.

Overall, it appears that some of the typical correlations have broken free, with the commodity currencies and European currencies mixed across the board. While the New Zealand Dollar was the worst performing major against the U.S. Dollar, down 0.75 percent at the time this report was written, the Australian Dollar was down a mere 0.22 percent. Similarly, the Euro underperformed the Greenback by 0.50 percent, while the British Pound was off a slight 0.20 percent despite the country’s dismal growth reading released earlier today. 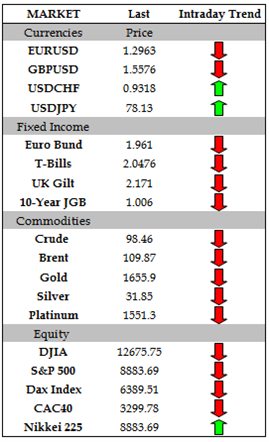 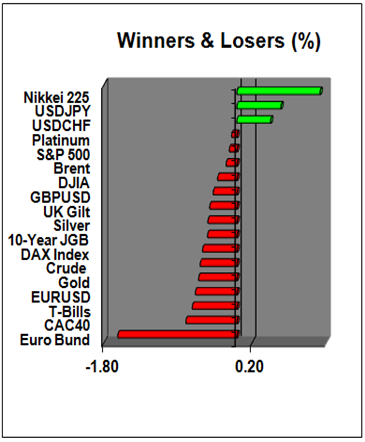 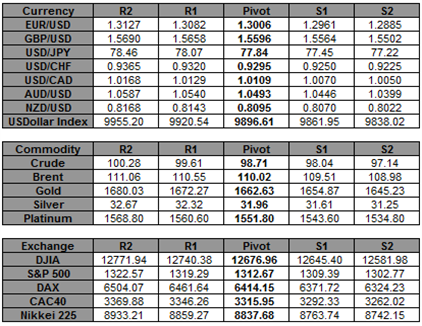