• Fed Holds Off for Now on Bond Buys – WSJ

The overnight trading block produced remarkably similar results to the price action that has developed each of the past few days: lower in Asia, then rebound in Europe. That seems to be the case today as well, with markets setting their low shortly after the European open, and pressing their session highs ahead of trading in New York. Today, this was restricted to the Australian and New Zealand Dollars, who led the pack, though the decoupling of the Canadian Dollar from the commodity currency block has piqued my interest.

Taking a look over to commodities, it appears that part of the Loonie’s weakness has come on the heels of crude oil trading back under $100 per barrel. Still, slight contango was still evident and I would expect the Canadian Dollar to remain rather firm in the periods ahead, unless the market enters backwardation. The key feature of this fundamental data would be the tensions mounting between Iran and the West, which are close to reaching a tipping point after this week’s round of saber-rattling.

Moving on to the credit markets, the risk-on environment was supported by the continuing tightening of the spread between the German 10-year Bund yield and its counterparts, most notably, the Italian 10-year BTP. It is worth noting that there is a canary in the coal mine as market participants continue to price in the recent ratings cuts by Standard and Poor’s, though this canary is a harbinger of a potentially disparaging future: Portuguese 10-year bonds were barely unchanged. As investors rotate capital from safety back into riskier assets, for a constructive, sustained risk-on environment in the future, ideally, some of the European periphery laggards would firm up. We will monitor this in the coming weeks, with Portugal now joining Italy and Spain to see who gets to be the next Greece.

Digressing back to the currency markets, the Australian and New Zealand Dollars were the top performers ahead of trading in New York, and the significant price action came just around the 14:00 GMT hour, with the Australian Dollar finically cracking the significant 1.0450 level. It is worth noting that amid the shakeout in the overnight, the Euro was the worst performing major, while the British Pound finally decoupled and posted a mild gain ahead of the American equity cash open.

With no significant event risk left on the docket this week, our focus turns to Wednesday, when the Federal Reserve holds its first policy meeting of 2012. In fact, this meeting might be the most important gathering since September, when “Operation Twist” was announced. At the January meeting, the Federal Open Market Committee is expected to release its forecasts for inflation, unemployment, and interest rates for the periods ahead, in order to provide greater transparency to market participants. 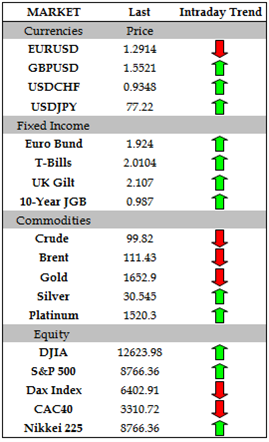 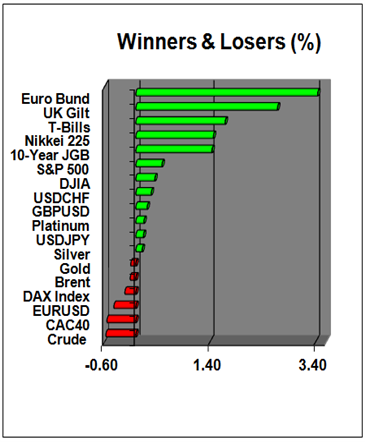 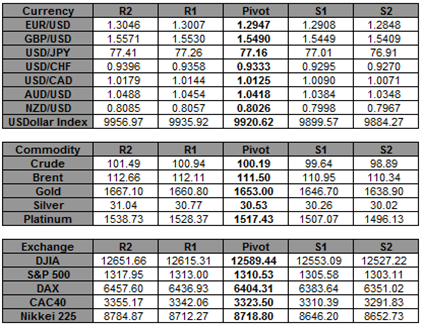