Trading in Asia and Europe was notably more active than the previous day, but overall, a trend has been in place since the start of the year. What we’ve been observing is that, regardless of the price action in the Asian session (decisively bearish earlier today after poor Australian and New Zealand data prints), European trading has resulted in a rally by the end of the trading day. That seems to be the case today as well, with markets setting their low just ahead of the European open, and pressing their session highs ahead of trading in New York.

Looking at credit markets (credit always leads, in my opinion), pressure is back on European bonds with Portuguese and Spanish bonds moving higher on the day. It’s worth noting that the Italian 10-year bond continued to strengthen, a sign that the European Central Bank is actively soaking up stale periphery bonds on the secondary market.

Yesterday, Jens Weidmann, President of the Bundesbank and a voting member on the ECB’s Governing Council, noted that there is no legal precedence for the ECB to continue bond purchases ad infinitum. While there’s nothing groundbreaking about this statement, it is a strong indication that German officials remain vehemently opposed to debt monetization, even as the ECB floods markets with Euros through unconventional methods such as the long-term refinancing operation (LTRO).

Although the U.S. Dollar was notably weaker across the board, the majority of the world’s reserve currency’s weakness comes against the European currencies, not the commodity currencies – save the Canadian Dollar. In fact, it is worth noting that the Swiss Franc, once again, was the top performer ahead of the North American trading session.

On the topic of the Swiss Franc, I want to draw attention to the price action in the EUR/CHF pair since December 1, 2011. As noted in the chart above, after briefly topping below the 1.2450 level on December 7, the pair has been steadily declining, falling as low as 1.2061 on January 13. The decline was stoked when the SNB did not raise the EUR/CHF floor from 1.2000 to 1.2500 on December 15, their last policy meeting of 2012. Going forward, the closer EUR/CHF inches towards 1.2000, the more interest I am as a buyer; I have faith that the SNB will not let the 1.2000 floor fail on its first test. 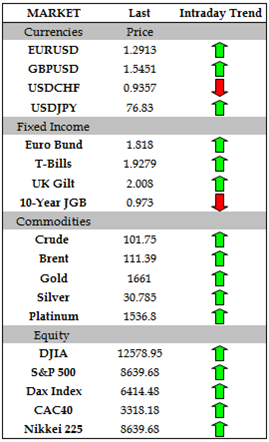 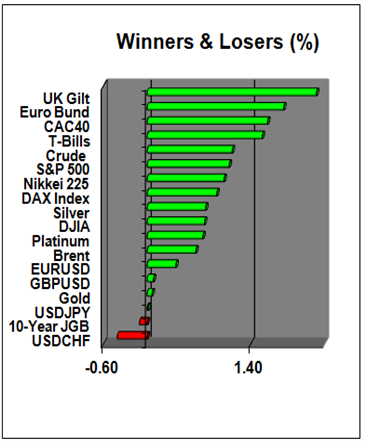 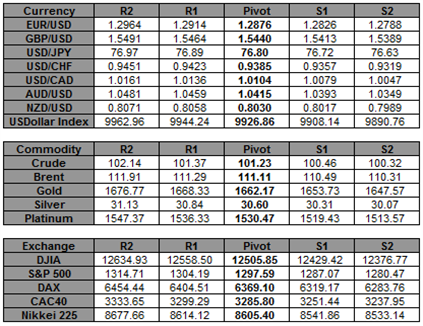