• Romney Says He is taxed at around 15 Percent Rate – Reuters

However, given our current place in the technical sense, this ‘stall’ in the trend is not surprising; many currencies and indexes are at key inflection points which would suggest a “breakout” or “retracement” is about to occur. Either way, the move should be dramatic and violent. For now, with an inside day forming on most charts – most notably the AUD/USD and USD/CAD – it does not appear the fireworks will happen today; most likely the end of this week or early next week.

Shifting back to fundamentals, the key pieces of information to come out of the European session revolves around the measures in place to bailout the Euro-zone. For lack of a better word, the only reasonable description of the recent rumor is, again, “ridiculous.” Why though? The International Monetary Fund is purportedly seeking somewhere between $500 and $600 billion to add to its funding resources. While this would be ideal, it is still required, by law, for U.S. Congressional approval to expand the IMF’s funding; this will not happen in this Congress.

Overall, all of the majors had forged higher against the U.S. Dollar, at the time this report was written. However, it is worth noting that the commodity currencies were starting to come off against the safe havens right around the 9:00 EST turn. The European currencies led the pack ahead of trading in North America, with the Euro pacing the gains overall. With the lack of conviction by the other majors, most notably the Australian and New Zealand Dollars, it appears that the euro’s rally was nothing more than short covering once more.

This could be the last bit of a rally for the Euro, as the European Central Bank prepares to unroll another long-term refinancing operation (LTRO), rumored to be up to €1 trillion. As the ECB monetizes debt through back channels and the secondary markets, the massive influx of Euros into the system will weigh on the value of the currency relative to its counterparts, most notably the U.S. Dollar. In fact, if the ECB continues to monetize debt and the Federal Reserve chooses not to unveil round three of quantitative easing, then the EUR/USD could see parity as soon as this summer. 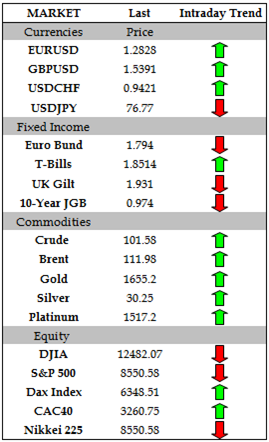 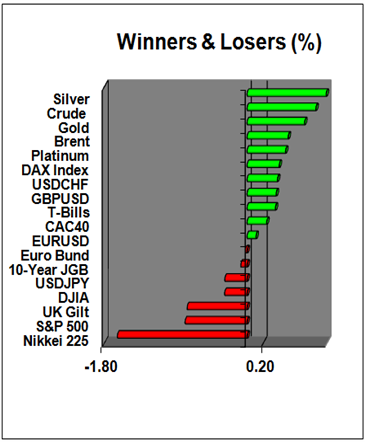 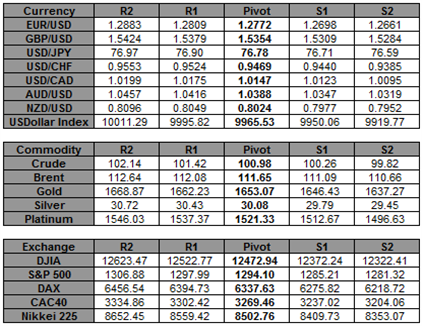