Commodity Currencies on Top Amid Strong Data Across Globe

In the first full trading day of the week, market participants have been loading up on risky assets in the face of better than expected global growth data. The big news from the Asian and European sessions is the Chinese fourth quarter growth figure, which came in better than forecasted but still down overall. Although the decline in growth is concerning, the fact remains that the People’s Bank of China has significant room to loosen its monetary policy in order to encourage growth over the coming weeks and months.

In Europe, the big data piece was the German ZEW economic sentiment survey, which posted a massive improvement in January from December. In part, this has to do with market participants becoming desensitized to the Euro-zone debt crisis; on the other hand, the European Central Bank’s liquidity injections in December likely relieved some of the underlying stress that had so many Germans worried about the future of the Euro-zone.

On the topic of liquidity injections, a few reports across various media outlets suggest that the ECB is reviewing how to further support markets. For now, early indications are that the ECB will avoid further outright sovereign bond purchases, a controversial policy that eventually led to the resignation of one Jürgen Stark. Should this be the case, what is likely is another refinancing operation by the ECB, cut from the same cloth the December long-term refinancing operation was borne from. If the rumors of another liquidity injection are true, the Euro will come under pressure from all sides, and then we will shift our attention away from the U.S. Dollar and concentrate on Euro-centric positions.

Overall, all the majors, save the Japanese Yen, were bid higher against the U.S. Dollar on Tuesday. The strongest performers on the day were the Australian and New Zealand Dollars, but that is to be expected on a day when Chinese growth data dominates the overnight headlines. Likewise, after the Bank of Canada rate decision at 14:00 GMT, the Canadian Dollar was firmer as well. In terms of the European currencies, it appears this appears to be little more than U.S. Dollar weakness supporting the EUR/USD and GBP/USD. 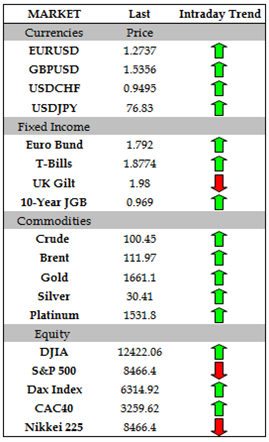 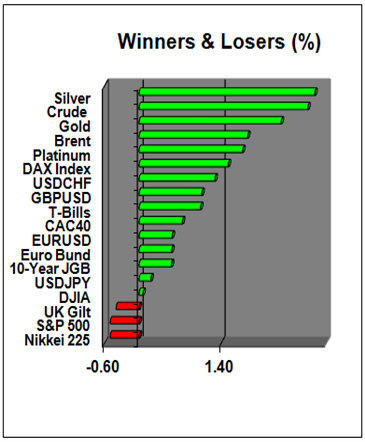 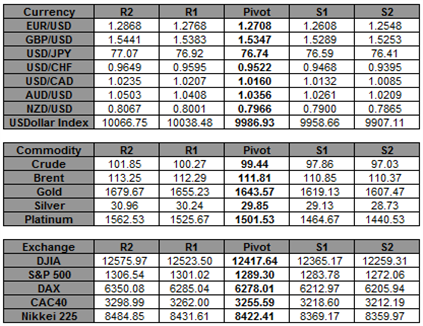