Markets were calm to start the week, as expected, given the Federal holiday in the United States that has markets closed on Monday. Trading in the Asian and European sessions was relatively calm, with higher yielding currencies and risk-correlated assets taking a dive upon market open before turning around ahead of trading in London. Overall, at the time this report was written, it appears that investors are rotating capital back into high grade credit, including French bonds (now with a split rating like the United States), as faith in the Euro appears to be waning.

As per recent CFTC Commitment of Traders (COT) data, net-short Euro non-commercial positioning has reached an all-time high. That is to say, in light of recent developments, market participants remain heavily short the Euro, and it appears that this trade is very crowded; further downside pressure is limited unless the European Central Bank continues to devalue the Euro through its backdoor refinancing operations with banks that have been quietly conducted over the past several weeks.

Overall, the European currencies continued to lag their counterparts, with the Euro and the Swiss Franc posting the second and third worst performances on Monday against the U.S. Dollar. The New Zealand Dollar was actually the worst performer, at the time this report was written, even as the Australian Dollar hovered near unchanged on the day versus the Greenback.

With the European sovereign downgrades out of the way, for now, market participants should keep an eye on the Greek debt swap negotiations, as a failure to reach agreement with the Institute of International Finance (IIF) – a group that serves as nothing more than a lobby for the banking sector – could result in a default by the end of March. Greek politicians have to be concerned with the stress this deal would place on their citizens, with the social paradigm shifting towards a more fractured, volatile society in recent months. The question is and has always been: is staying in the Euro-zone worth the social costs? We will find out the answer in short-order. 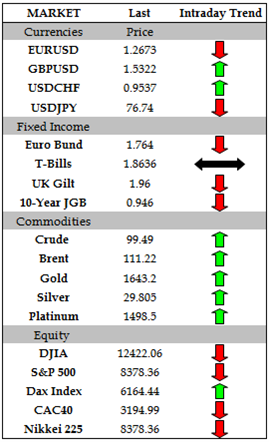 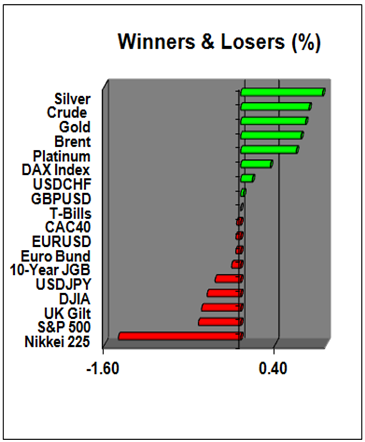 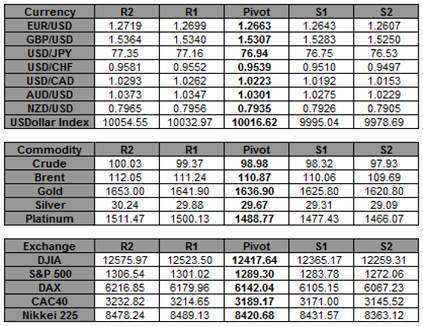