U.S. Dollar Back on Top as Downgrade Rumors Swirl Around France

Markets were calm ahead of North American trading, with higher yielding currencies and risk-correlated assets paring back some of Thursday’s gains in Asia before rebounding in Europe. The U.S. Dollar dump was halted by the time traders reached their desks in North America, however, on news we’ve all been finally waiting for: downgrades of Euro-zone nations by Standard & Poor’s, but most notably, France.

After Fitch Ratings made it clear that it would not downgrade France – no surprise considering Fitch is owned by a French entity – market participants sheepishly bid up the EUR/USD, if only briefly, as the Standard & Poor’s ratings remained in flux. Today appears to be the day we will know the answer. According to Dow Jones sources, the rating agency will announce that France, among others, will see their ratings downgraded by at least one notch. It is rumored, however, that Germany will NOT be downgraded; this should be a welcomed development in the crisis. As long as Germany is protected, then there is still some hope of containing market panic.

If that’s the case, this panic appears to be setting in quickly. The EUR/USD plummeted on the rumor of the downgrades, falling from near 1.2780 to below 1.2700, at the time this report was written [ADDENDUM 10:24 EST: EUR/USD trades at 1.2633]. The U.S. Dollar continued to push higher, with the index climbing back above the psychologically significant 10000 level on the news.

As this story develops, tune back in for updates all day long. 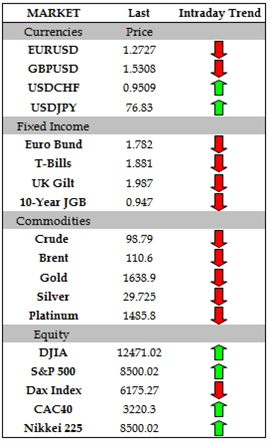 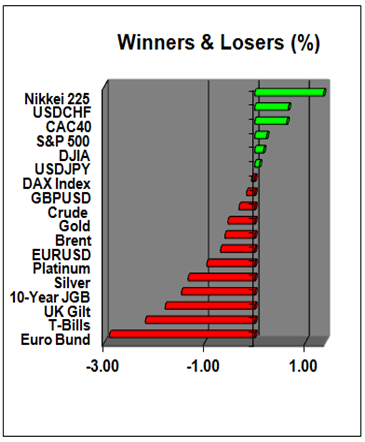 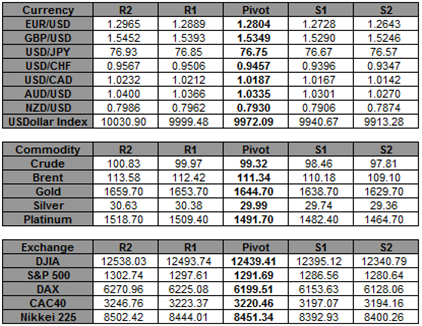