Markets consolidated in the overnight after yesterday’s rally by the U.S. Dollar, though only after higher yielding currencies and risk-correlated assets dipped to fresh weekly lows. Indeed, ahead of the storied U.S. nonfarm payrolls data release, the official gauge of the American labor market, the Greenback looked prime to breakout higher given recent data.

If yesterday’s ADP employment report was supposed to serve as a harbinger for today’s NFP release, it set up market participants for disappointment. The 325K private sector jobs that were reported to have been added in December, as per yesterday’s release, was offset by the official 212K figure, per the Bureau of Labor Statistic’s report on Friday. Overall, the 200K jobs added in December beat the consensus forecast of 155K, according to a Bloomberg News survey. Likewise, the unemployment rate dropped from 8.7 percent to 8.5 percent.

Certainly, the reaction by the credit, currency, and equity markets suggests that we are at the beginning of a new era of correlations. Typically, on better than expected data, which would encourage risk taking, the U.S. Dollar has sold off in favor of higher yielding assets. Today, however, after the tremendous print, the U.S. Dollar found itself stronger – a sign that the U.S. economy may be decoupling from the rest of the world.

However, I would argue that the case of decoupling is misguided; the U.S. is the world’s largest economy, and if China is facing problems at the same time the Euro-zone crisis worsens, then the U.S. will suffer immensely. Simply put, globalization has put the American economy in the crosshairs as other major economies sink into recession. Instead, I would suggest that the bullish reaction by the U.S. Dollar post-NFP release shows that market participants are pricing out the likelihood for more quantitative easing by the Federal Reserve.

As data out of the U.S. has improved over recent weeks and months, Federal Reserve policymakers have softened their tone for more easing, albeit in the face of pressure from the public. As per the Federal Open Market Committee’s December minutes, it appears that the FOMC will outline the specific criteria necessary for monetary policy. As the FOMC has become more transparent, another round of easing – quantitative easing round three – is looking increasingly unlikely. 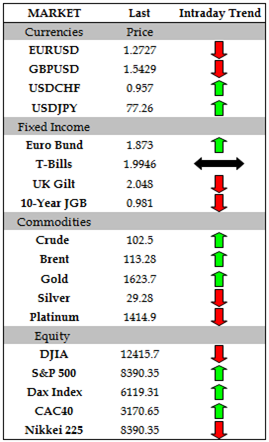 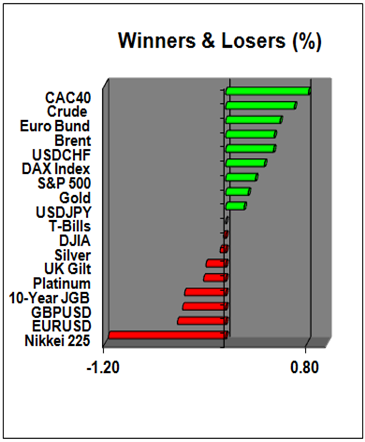 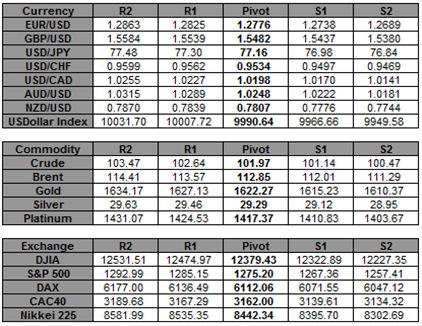