Yesterday’s appreciation by higher yielding currencies against the U.S. Dollar and the modest uptick in equity markets has suggested that the beginning of the year could be strong. However, as markets have begun to acclimate to denser liquidity conditions, risk appetite has seemingly dissipated, with the safe haven currencies, the Japanese Yen and the U.S. Dollar, posting the best day thus far after trading in Asia and Europe on Wednesday.

A brief look at other assets classes continues to suggest that equities and higher yielding currencies may be slightly overweight relative to their fair values. Even as riskier assets, such as the Australian and New Zealand Dollars, ticked higher yesterday, the lack of follow through by credit yesterday and early today suggests that a pullback was due; we are seeing that unfold now. The Italian 10-year bond remains elevated, trading at a 6.923 percent yield, at the time this report was written. Likewise, the flight to safety was evident in early Treasury trading, with the U.S. 10-year Treasury note holding below 2.00 percent.

Overall, softer credit markets have boosted the U.S. Dollar, elevating it to status of top performer thus far on Wednesday. Similarly, as Euro-zone issues have spilled over into 2012, the EUR/USD remains under pressure, hovering near the 1.2950 exchange rate once more. Interestingly enough, it was the Swiss Franc, not the Euro, which was the worst performing currency today, as a controversy at the Swiss National Bank arose.

While it is not worth going into the specific details of the potential debacle that currently looms over the SNB, it is worth noting the potential implications of such drama. Should SNB President Philipp Hildebrand be forced to resign amid the allegations of “insider trading,” the Franc will likely experience significant volatility as questions over the future of SNB monetary policy are raised. The Swiss Franc remains one of our favorite currencies to trade in 2012. 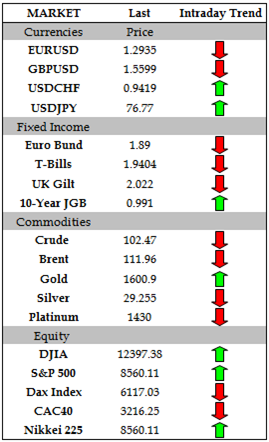 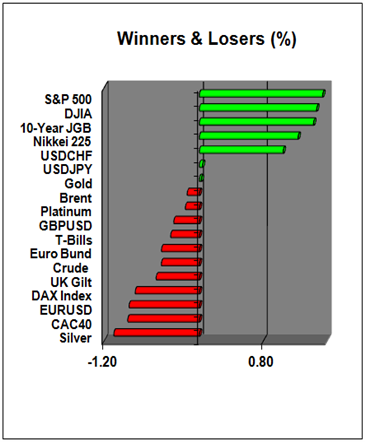 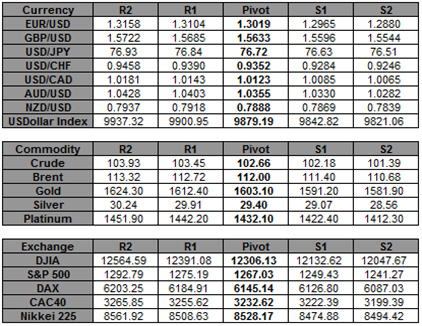