Trading conditions remained thin on Thursday, and are expected to thin out further as the day goes on, as we approach the final trading day of the year. Although a slight uptick in flows is forecasted for tomorrow – quarterly and year-end balancing likely to occur – not much volatility is expected in the markets. Although this has been our outlook for the entire week, it should be noted that only dramatic developments – such as information about the European Central Bank’s easing plans – were and are expected to drive any significant price action.

Seemingly, although Asian market participants appeared to have bid up higher yielding currencies and risk-correlated assets, European markets sold off with fervor, dragging the Euro back under the 1.2900 exchange rate against the U.S. Dollar. Yesterday’s news that the ECB has been printing money, as evidenced by the size of its balance sheet, suggests that ‘stealth’ intervention efforts have barely been working – are higher equity markets the only evidence of success?

Today’s catalyst for the continuation of the decline was the Italian 10-year bond auction. Although the bonds were auctioned off a 6.98 percent – down significantly from the 7.56 percent yield at the auction on November 29 – the fact that market participants are unwilling to accept Italian debt at lower yields is extremely worrying. Nevertheless, because expectations for this auction were so low, it is not surprising that a bigger sell-off has not transpired.

Overall, the Euro was the worst performing currency in the overnight, at the time this report was written, falling just ahead of the British Pound and the Swiss Franc. Likewise, the commodity currency block was facing pressure as well, falling behind the safety currencies, the Japanese Yen and the U.S. Dollar.

Although markets are relatively calmer this week due to the holiday, it should be noted that the U.S. Dollar appears to be on the cusp of a major bull run, from a fundamental standpoint, given the Euro-zone situation and the impending slowdown in emerging markets, led by China. A strong finish by the U.S. Dollar into the end of the year would dismiss any far-fetched notions of the “Santa Clause” rally. True, this period in December has historically resulted in gains by higher yielding currencies and risk-correlated assets, but it is worth noting that never before in history has the Euro-zone been this close to disintegrating. 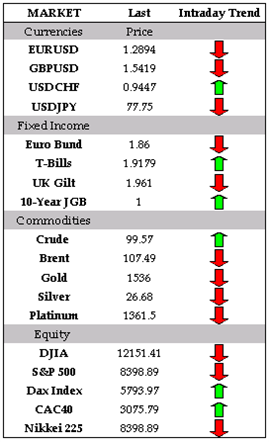 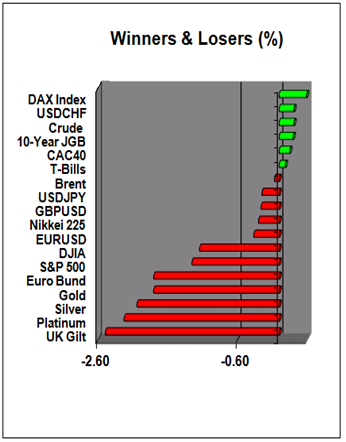 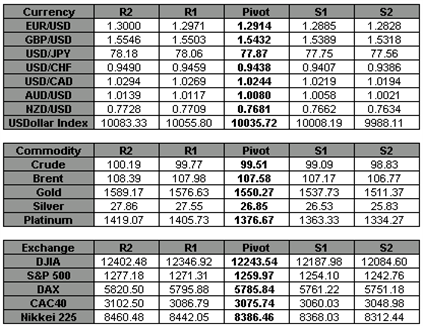