U.S. Dollar Down as SNB Decision Leads to Franc Rally

The U.S. Dollar’s remarkable run the past few days seems to have taken a breather on Wednesday. As the worst performing currency ahead of the North American trading session, this appears to be little more than a corrective move after gaining over 2 percent collectively across the board from Friday through Tuesday. Like the recent trend that has developed, the ‘dead’ trading period in between the Asian and European sessions produced another turn around in the majors.

Yesterday I wrote that “if there is a move to raise the floor, we expect the USD/CHF and precious metals (as an alternative safe haven) to appreciate in value.” With the floor on hold, the opposite reaction came to fruition (as expected). As such, the Swiss Franc emerged as the best performing currency in the overnight, up over 1.30 percent on the day versus the Greenback. The most notable reaction was seen in the EUR/CHF, which fell 80-pips in a matter of moments following the Swiss National Bank’s decision to keep the EUR/CHF floor at 1.2000. This floor had been previously implemented on September 6.

Taking a look at performance across the board, there is a lack of follow through on the U.S. Dollar weakness in other asset classes. The U.S. Treasury Note continues to yield below 2 percent, while the 30-year Bond is holding below 3 percent. Similarly, Gold failed to a meaningful bounce today, suggesting that Gold is only trading marginally higher due to weak U.S. Dollar performance. In Europe, Italian and Spanish bonds are trading tighter to their German benchmark, though the sharp move suggests that the European Central Bank has been active in the secondary market, so the move appears artificial at best.

With the majority of market moving data out of the way for the week, we now turn towards the United States consumer price index due tomorrow morning. According to a Bloomberg News survey, economists forecast that inflationary pressures have moderated, with the median estimate calling for a slight 0.1 percent bump in November, on a monthly basis. The year-over-year figure is expected to hold at 3.5 percent.. The core figure, which excludes the more volatile food and energy components, is forecasted to hold at 2.1 percent on a yearly-basis.

Considering this figure has been subdued relative to the headline figure, Federal Reserve Chairman Ben Bernanke has suggested that inflation remains “transitory,” leaving open the door to further quantitative easing. The objective of the Federal Reserve’s quantitative easing stimulus program was to achieve a target inflation rate of about 2 percent. If price pressures continue to increase, this could provide evidence for hawkish Federal Reserve officials to resist calls for further easing and instead continue solely with “Operation Twist.” 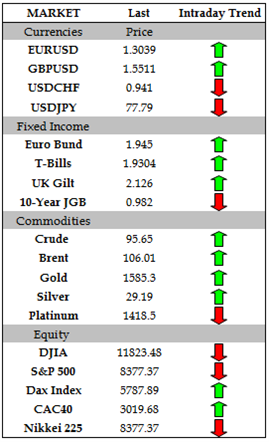 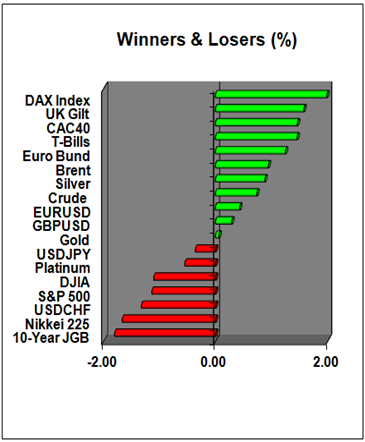 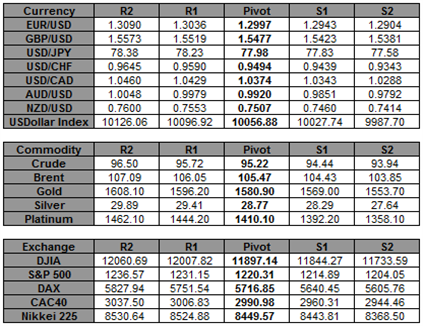