In spite of everything that has transpired in the days since the Euro-zone summit, very little has changed. Markets have traded lower overall, but one trend is intact: the sharp move at the end of the Asian session and the beginning of the European session. Last night, after drifting higher throughout Asia to retrace part of Tuesday’s decline, European bond auction results sunk markets. Although the metric for calculating Italian bond prices and yields was changed, the fact remains that the Southern European nation still had to pay a Euro-era high to publicly fund its debt.

The continued pressure on markets has placed the Euro in a very precarious situation. The 1.3000 exchange rate appeared to be the line in the sand for market participants, and yet, we have passed through said level with relative ease. The lack of defense getting to this level has to be concerning going forward, as it appears the Euro liquidation is in full throttle. The next level to the downside eyed would be the yearly low at 1.2867

In line with the aforementioned observations, after a brief rally off of the 1.3000 level headed into Europe, the EUR/USD fell nearly 80-pips going into the U.S. session open. Similar price action was observed across the major pairs, with the AUD/USD plummeting through the 1.0000 handle, slipping to as low as 0.9925 just ahead of equity markets opening in New York.

Looking ahead, there is little event risk on the docket the remainder of the day, so we turn towards the Swiss National Bank rate decision tomorrow. The SNB will hold its quarterly monetary policy meeting on Thursday, and it is expected to go off with a bang. Although the target rate for the SNB is technically at 0 percent, deflationary pressures remain a concern for the Swiss economy. The combination of low growth, low inflationary pressures, and low unemployment make it hard to jump start an economy that is near full capacity.

As such, one method that has been employed to help the economy has been to devalue the Franc. On September 6, the SNB announced it would hold the 1.2000 floor for the EUR/CHF, and recent speculation has arisen that the SNB will move the floor to 1.2500 or 1.3000. As such, if there is a move to raise the floor, we expect the USD/CHF and precious metals (as an alternative safe haven) to appreciate in value. This is the most important event on the docket the remainder of the week. 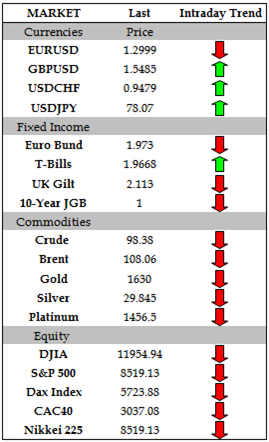 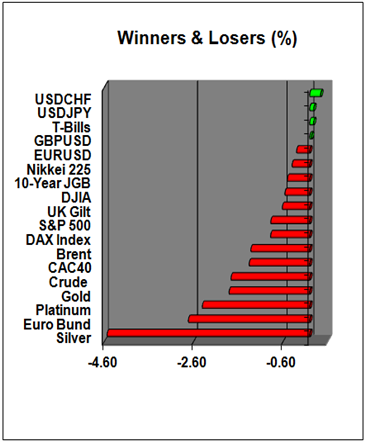 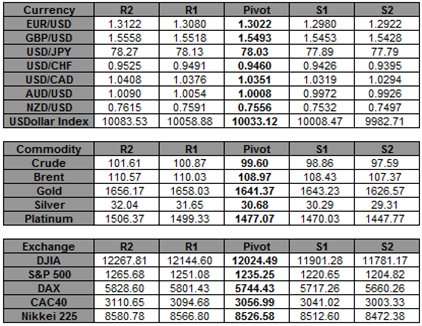