• Economy Poised for Growth Spurt, but Risks Around – WSJ

Markets rebounded in the overnight sessions after the Monday sell-off in the United States carried over into the early hours of the Asian session on Tuesday. After a Spanish bond auction that didn’t disappoint broadly, coupled with a better than expected German ZEW survey, the European trading hours were able to display modest gains in higher yielding currencies and risk-correlated assets by pre-U.S. market hours on Tuesday.

Still, despite the bounce, the trend remains to the downside, and it looks like that the slide could get worse as market participants return to the market in just a few short weeks. The Euro’s lack of conviction behind a push higher in line with equity markets or even the AUD/USD is particularly concerning, as it shows that no new investors are willing to bid the Euro higher. Given the stress that bond markets continue to exhibit – Italian 10-year bond yields crept up to 6.563 percent, at the time this report was written – any rallies look to be faded for the time being.

For now, on this combination of a lack of overwhelming bad news and decent economic data, the Australian Dollar was the leading currency, in line with the push higher by global equity markets. Another tight range may be forming into the end of the year, with the AUD/USD trading in a tight 120-pip range in the overnight session. If this week is to represent another leg lower by higher yielding currencies and risk-correlated assets, then selling would continue around current levels, considering the Aussie has approximately 61.8 percent of yesterday’s sharp decline – a retracement of this magnitude is called a “Golden Retracement.”

Later today, it is widely anticipated the Federal Open Market Committee will keep the Fed Funds rate on hold between 0.00 and 0.25 percent. The key part of the meeting to watch will be Federal Reserve Chairman Ben Bernanke’s commentary in regards to the labor market recovery in the United States; the unemployment rate ticked lower to 8.6 percent in November.

In the inter-meeting period, rumors have floated that the Federal Reserve is considering another round of quantitative easing, similar to the first round of purchases that were intended to prop up the struggling housing market. This will likely be discussed at the meeting today. However, the economic climate is slightly different now than it was this time last year. In fact, while deflation was a major concern then, recently, inflation in the United States moved higher to 3.9 percent year-over-year in September, a clear sign that prices are unstable. Inflation has since fallen back to 3.5 percent year-over-year as recent as October. Considering many have ridiculed the bond purchase program due to its tendency to inflate prices on a nominal basis, the additional round of easing will have many dissenters, including some within the Federal Reserve. Despite relatively thinner market conditions, I expect the event to generate additional volatility across U.S. Dollar-based pairs.

Ahead of trading in New York, retail sales data for November was released. Consumer demand was expected to have steadiedin November, as a Bloomberg News survey showed that the median estimate for advance retail saleswas 0.5 percent. Instead, the print came in at a disappointing 0.2 percent reading, below the October print, which was in line with the November estimate.The September reading was the strongest print since February, when retail sales surged by 1.3 percent.

Although the reaction was mostly muted, the data release generated volatility in favor of the U.S. Dollar, particularly against the Canadian Dollar. The USD/CAD jumped approximately 15-pips to the upside after a brief dip lower, but had retraced any gains or losses within 20-minutes following the event. The retail sales figure is of particular importance, as consumer demand in the United States represents approximately 70 percent of the headline growth figure. Given the actual print for November, the reading for September appears to have been a bit of a fluke, and the U.S. consumer looks weaker than anticipated. 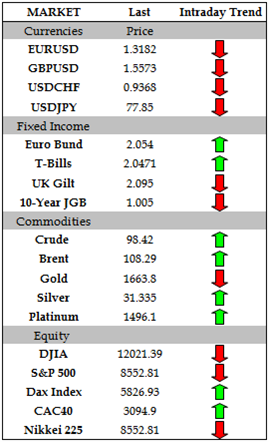 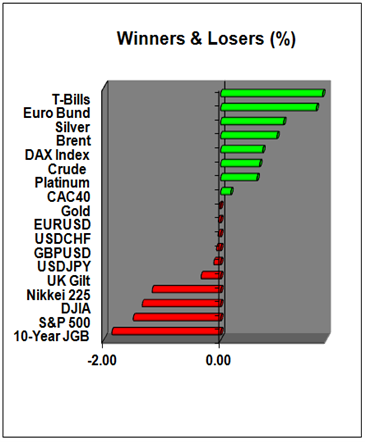 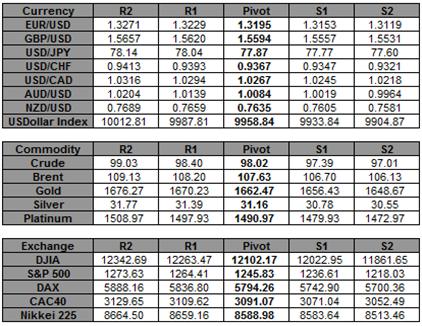