• For China, Stimulus seems to be the Hardest Word – Reuters

The consolidation continues. Instead of selling off in Asia and rebounding in Europe, the reverse held true earlier today, with Asian markets leading the rally before investors rotated capital back into safer assets ahead of the North American trading session. This comes as no surprise, considering markets have been coiling in a tight, sideways range bound consolidation since the central bank intervention last Wednesday. Still, with better-than-expected data in the overnight from Australia, Germany and the United Kingdom, there is the potential for markets to turn higher once more in the latter half of the European trading day.

The Euro continued its compression, albeit to the downside, against the U.S. Dollar, underperforming all of the majors save the New Zealand Dollar headed into New York trading. Since last Wednesday, the EUR/USD has been trading in a descending channel roughly 125-pips wide; such small daily changes have been rare in recent weeks for the world’s most liquid currency pair. Trading at 1.3365 at the time this report was written, it would come as no surprise if instead of moving towards the range bottom, the EUR/USD rebounds above 1.3400 ahead of settlement in London at the end of the day. Regardless, this trend is not expected to last beyond the next day or so.

Two key events lurk on the horizon now, and given the recent consolidation across the major currencies, it appears that markets are readying for a big move. It should come as no surprise to say that both of these events will take place on the European stage – essentially the focal point of all market participants in recent weeks and months. Regardless of the outcome of the European Central Bank rate decision and the Euro-zone summit, the EUR/USD, along with the other majors, are unlikely to remain range bound for much longer. Given recent chatter out of Euro-zone officials in recent days, in particular the German leadership bloc, I remain highly skeptical of any Euro-zone plan that comes to the table.

As noted last week, an interesting dialogue is occurring in Germany currently: no joint Eurobonds (no “mutualization” of debt) and certainly no ECB quantitative easing (bond buying). Yet the Germany leadership bloc continues to stress that it wants treaty changes to allow member nations to leave. Elsewhere, European Council President Herman Van Rompuy has been suggesting that a loophole exists to allow the supranational European body to implement sweeping changes that siphon sovereignty away from its members. And, to compound issues, British Prime Minister David Cameron said yesterday that he would veto any and all Euro-zone treaty changes that were not in Britain’s best interests. To me, the combined effect of these red flags suggests that another disappointing weekend is ahead, filled with vague promises of solving the crisis without offering any tangible solutions that will actually be implemented to solve the issues at hand – not dissimilar from the October Euro-zone summit. 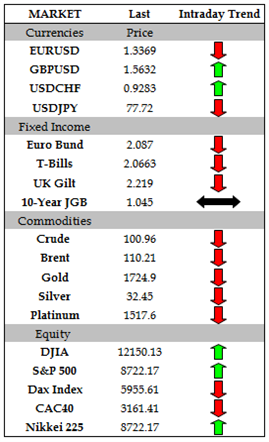 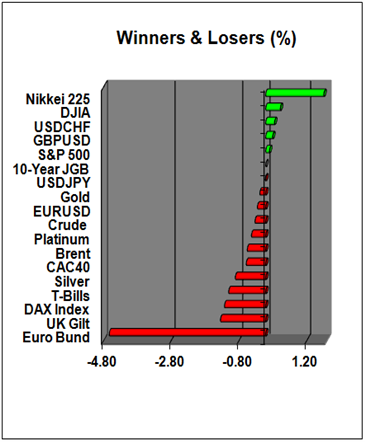 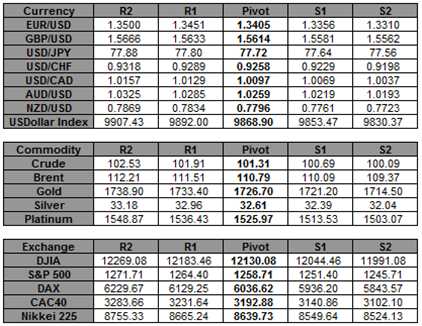